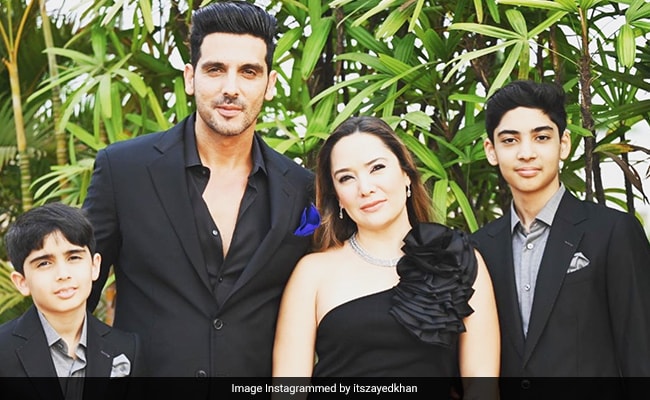 It is no ordinary Thursday for Zayed Khan. It’s his “super smooth son” Aariz’s birthday. To make it extra special, Zayed has posted a bunch of priceless pictures of Aariz from the family album. The actor has also written a heartwarming note. It read, “Happy birthday to my super smooth son, Aariz. May the smile on that face shine bright like the north star.” The birthday special album contains a family picture featuring Zayed’s wife Malaika Khan and their elder son Zidaan. In his note, Zayed, 42, has described the birthday boy as a “blessing” to his family. He said, “My son, you are a blessing to us. And we know that whatever it is you put your mind to, it just happens. Keep the spirit burning and always stir the soul. Happy 11th my boy.”

For Aariz, an adorable birthday wish also came from aunt and interior designer Sussanne Khan. Sharing a selfie with him, she wrote, “Happy birthday to our darling jaan, Aariz. You are the most incredible 11-year-old we know.” 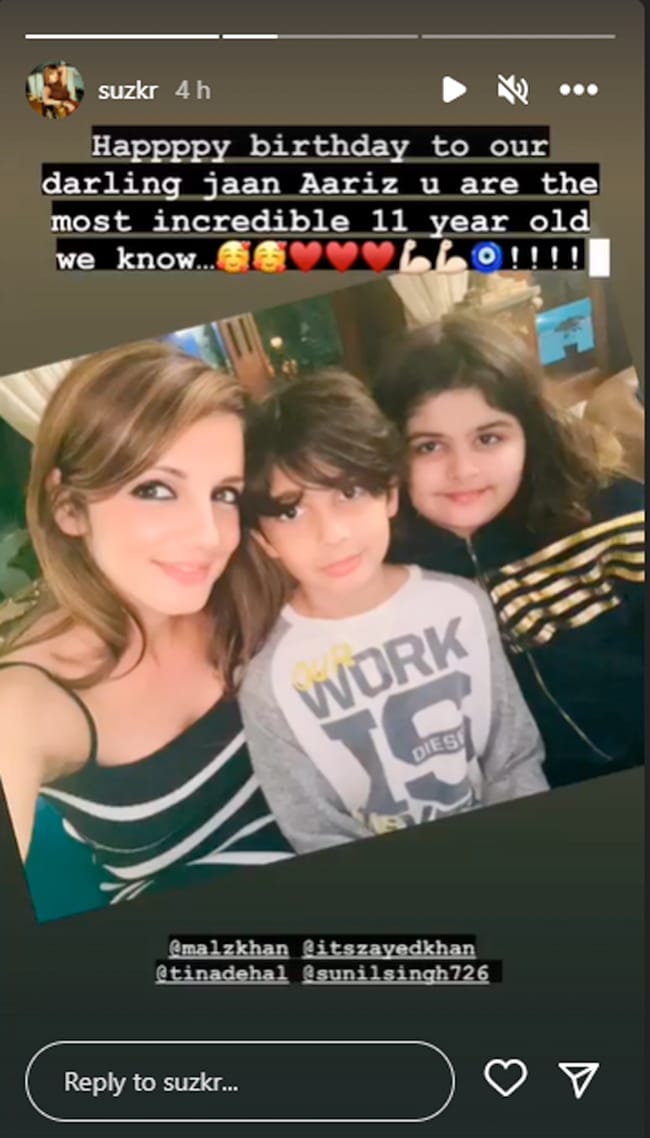 Zayed Khan was last seen in the 2015 film Sharafat Gayi Tel Lene, in which he co-starred with Rannvijay Singh and Tena Desae. He will soon make a comeback with Mohit Srivastava’s next, which is titled TFTNW.

Anushka Sharma’s Qala Cameo Is Winning The Internet And How

Moushumi Chatterjee, Farah Khan And Others At Tabassum’s Prayer Meet