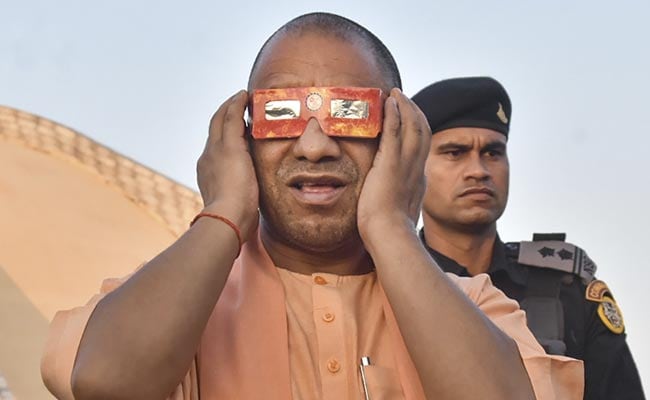 The partial solar eclipse was visible in Gorakhpur for 52 minutes.

He also gathered information from scientists about the frequency, timing, and condition of planets during the eclipse, the UP government said in a statement.

The chief minister also advised people against viewing the eclipse with the naked eye. The partial solar eclipse was visible in Gorakhpur for 52 minutes.

Mr Adityanath said necessary equipment should be arranged for people to view such celestial events.

The CM made arrangements for media personnel present to view the solar eclipse through special glasses.

While interacting with reporters, Mr Adityanath said many mysteries of the universe are yet to be revealed. By unravelling these mysteries, the path of human welfare can be paved, he said.

Mr Adityanath directed the district magistrate to set up a science park and send its detailed proposal to the government soon.

It is expected to be constructed on a vacant piece of land of the planetarium. The chief minister directed officials to send a proposal for a 3D auditorium.

A Designer, Billionaire, Investor And The First Lady Of UK