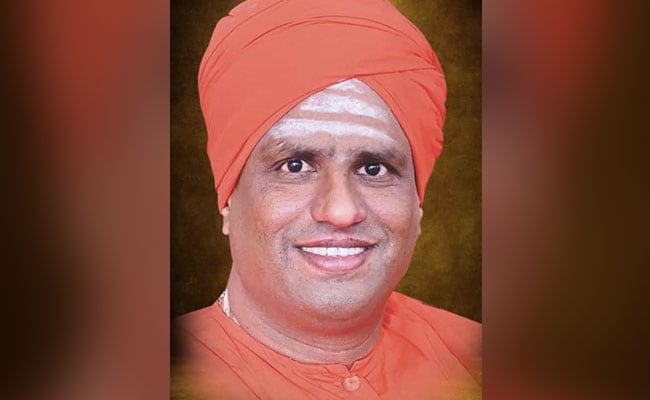 Three people, including a woman from Bengaluru, have been detained in connection with Lingayat seer Basavalinga Swami’s death by suicide, news agency PTI has reported quoting the police.

They are being questioned for allegedly abetting the suicide as his suicide note said he was being “blackmailed” and “harassed” over some private videos.

“An unknown woman has done this to me,” said a line in the suicide note, sources in the probe team have told NDTV.

The 45-year-old seer was found hanging from his prayer room’s window grille at Kanchugal Bande Mutt, which he headed, in a village in Ramanagara district last Monday.

He was “honeytrapped” and being blackmailed over “obscene video calls” with a woman, police had said. “Two names in the suicide note are connected to the mutt,” investigators told NDTV.

“Private moments of the woman and the seer were captured by the woman using her phone’s screen-recording function,” sources had said.

2 Teens Accused Of Theft Tied To Truck, Dragged On Road In Madhya Pradesh