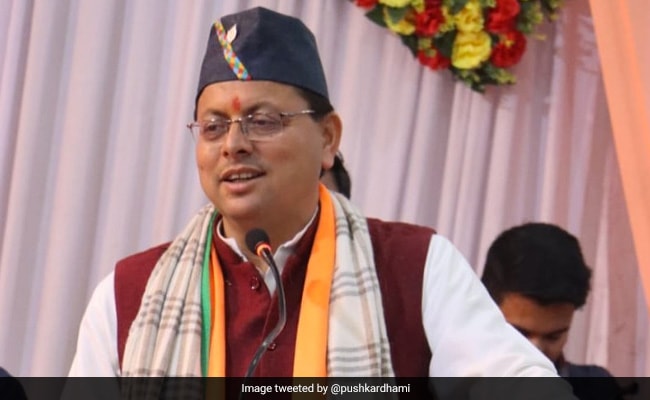 Uttarakhand made a Rs 211 crore business from Kedarnath, Yamunotri Yatra this year. (File)

Uttarakhand Chief Minister Pushkar Singh Dhami on Saturday said that he has given instructions that all the symbols of colonialism in the state would be rechristened.

Chief Minister said, “After PM Narendra Modi came to power, all the symbols of colonialism are being changed in the country. The names of the roads and cities in Uttarakhand are from the British era and they will be changed. We have given instructions in the state that all symbols of colonialism be renamed.”

Uttarakhand made a Rs 211 crore business from Kedarnath, Yamunotri Yatra this year. Speaking about it, Mr Dhami said, “This time the Char Dham Yatra has been very successful. He said that every section associated with the Yatra, including the government, has also got a very good income.”

Garhwal Mandal Vikas Nigam (GMVN) MD Bansidhar Tiwari on Friday said that the Himalayan state made a great business of around 211 crores from the Kedarnath and Yamunotri Yatra this year.

While speaking to ANI about the bumper earnings from horses, mules and helicopter services during Kedarnath Yatra, the GMVN MD Tiwari said, “In Uttarakhand, this time around 211 crores business has been done in Kedarnath and Yamunotri Yatra only by horse-mules, helicopter tickets and travel fare of Dandi-Kandi.”

For the first time, horse-mule owners in Kedarnath Dham did a record business of about Rs 1 billion 9 crores 28 lakh rupees. Due to this the government also got more than Rs 8 crore as revenue.

Reacting to Delhi CM and AAP convenor Arvind Kejriwal demanding the photo of Lakshmi Ganesh on the currency, the Uttarakhand CM said, ” Arvind Kejriwal is doing all this to please a particular section of people in the society.”

Delhi Chief Minister Arvind Kejriwal on Friday said he has written to Prime Minister Narendra Modi requesting him to put pictures of Lord Ganesh and Goddess Lakshmi on currency notes stating that “it is a desire of 130 crore Indians.”

Chief Minister Pushkar Singh Dhami, who is going for campaigning in Himachal tomorrow, said that like Uttarakhand, Himachal is also a Devbhoomi and BJP government will be formed there too with a majority.

The state will go to the polls on November 12 and the counting of votes will be held on December 8.