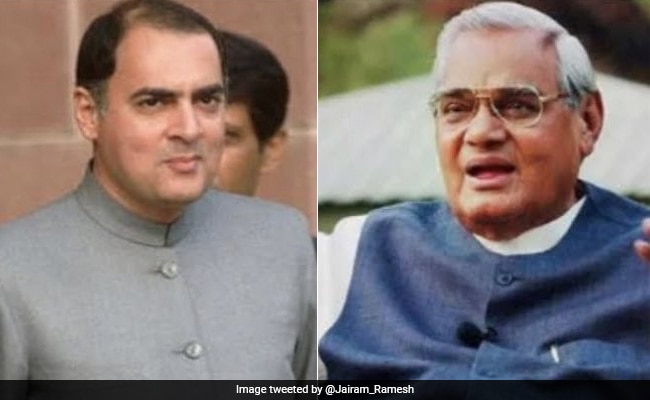 As the nation remembers Rajiv Gandhi, former Prime Minister of India, on his 78th birth anniversary today, Congress party general secretary in charge of communications, Jairam Ramesh, shared a video from his Twitter handle in which former Prime Minister Atal Bihari Vajpayee can be seen speaking about Mr Gandhi’s generosity that had helped him seek treatment for his kidney ailment in the United States.

In the video, Mr Vajpayee, who was India’s tenth Prime Minister, says: “I had developed kidney failure. Doctors advised me to go to the United States for further investigation and treatment. [It was] difficult for me to make financial arrangements. Somehow, Rajivji came to know about that. He called me and decided to include me in the delegation to the United Nations. I became a full-fledged member [of the delegation] and all medical expenses were paid by the [central] government. I came back fully recovered.”

Mr Gandhi had served as the country’s sixth prime minister, from 1984 to 1989, and was the youngest to hold that office. He was assassinated by an LTTE suicide bomber at Sriperumbudur, Tamil Nadu, on May 21, 1991.

In another tweet, Mr Ramesh said: “N.P. Ullekh’s fine book, ‘The Untold Vajpayee’, reveals how Rajiv Gandhi’s concern and magnanimity saved Vajpayee’s life by his own admission. Rajiv Gandhi wasn’t just an impactful PM. He was the rare species in politics – a good, decent and sensitive man.”

Rajiv Gandhi wasn’t just an impactful PM. He was that rare species in politics-a good, decent and sensitive man.#RememberingRajivGandhipic.twitter.com/HmgaarNxvE

Earlier, in a statement, Mr Ramesh said Mr Gandhi’s single term as Prime Minister would be remembered for numerous landmarks and far-reaching achievements. “He launched technology missions for addressing societal challenges that have, for example, made India a world-leader in vaccine production and made the country polio-free,” Mr Ramesh added.