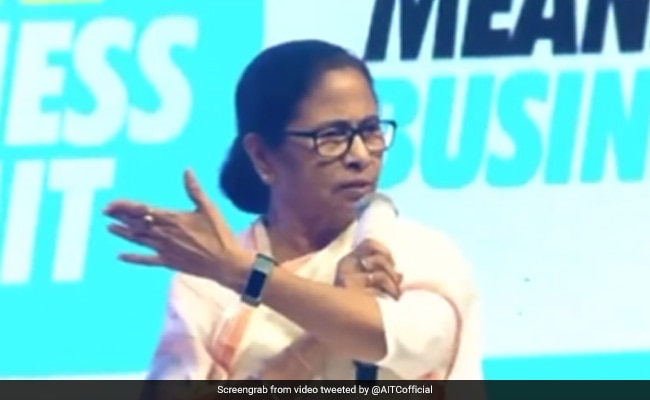 Mamata Banerjee urged the judiciary to protect people from harassment

West Bengal Chief Minister Mamata Banerjee today raised her concerns about what she claimed as the stifling of democratic institutions in the country and growing instances of “media trials” and urged the Chief Justice of India (CJI) to ensure the safeguard of democracy and the federal structure.

She was speaking in the presence of CJI Justice UU Lalit as they attended the convocation ceremony of the National University of Juridical Sciences (NUJS) in Kolkata.

Urging the judiciary to protect people from harassment, the Bengal Chief Minister claimed that all democratic power was being seized by a certain section of the society. “Where is democracy? Please save democracy,” she told the CJI.

She warned that if this trend continued, the nation would be headed for a presidential form of government.

She further said that too many things were going on even before a verdict was announced. “I am sorry to say this. If you think I am wrong, I apologise,” Ms Banerjee said.

Praising NUJS as “one of the most important institutions in the world” and commending the current CJI for the role played by him, Ms Banerjee added: “I must congratulate Justice UU Lalit. I don’t know if I can use this platform to say this, but in two months, he has shown what the judiciary means.”

Further clarifying her point, the Bengal CM added: “I am not saying people had lost their faith in the judiciary, but nowadays the situation has gone from bad to worse. The judiciary must save the people from injustice and hear their cries. Right now, people are crying behind closed doors.”

Is it a bank holiday on October 31 for Chhath Puja?