The rapid expansion of technology and the digital world accelerated due to the pandemic; and its presence is being felt even in the world of food. From automated robot servers to self-order kiosks, we have seen plenty of innovations at restaurants in the post-pandemic era. Looking at the pace with which technology is advancing, it wouldn’t be a surprise to see robot chefs in the kitchen soon! A recent innovation in this context has been spotted on social media. We came across an interesting idli machine from Bengaluru that is being used to serve fresh idlis 24×7. A video of this idli vending machine has surfaced on Twitter, where it has left foodies surprised. Take a look:

The video was shared on Twitter by user @padhucfp, and it seemed to be originally shot by a Bengaluru-based food blogger. “Idli ATM in Bangalore,” he shared in the caption. The clip has clocked in over 230k views. 5.7k likes and thousands of comments since it was shared, and the numbers are constantly increasing.

In the video, the blogger explained how a restaurant in Bengaluru was serving fresh and hot idlis through a machine. The order could be placed by scanning the application code and paying online. Idlis, vada, and even podi idli were available on the idli vending machine’s menu. In a matter of minutes, the idli was prepared and packed in recyclable packaging, and served along with chutney from another smaller machine on the side. 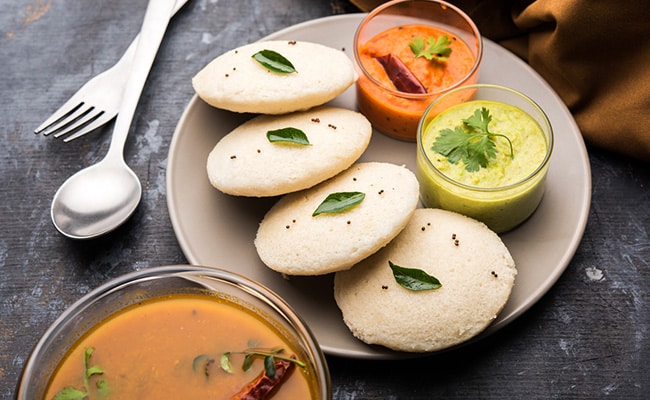 Idli is one of the most popular South Indian dishes. Photo: iStock

Twitter foodies were surprised to see the interesting innovation of the idli vending machine. Some people felt that this was an excellent technology that would ensure round-the-clock food availability for all. “Put these in public places for free where people need food the most,” commented one user. A few others felt that the innovation was unnecessary and this time and money could be spent more productively. “It’s the easiest to make at home (and am sick of it). Why go to an idli vending machine for this,” asked one user. A few others also expressed concern about the quality and taste of the idlis, as well as the pricing.

Take a look at the reactions:

Solution of the problem which does not exist 😅— Suhas Badhe (@suhasbadhe) October 13, 2022

This is not needed…we can give jobs to men inspite of this machine— Matt Murdock (@mattmurock123) October 13, 2022

This is not the only food vending machine we have seen. Recently, a burger vending machine was also launched in New Jersey, USA. The idea was to provide a contactless hot meal any time, any day. Click here to read more about this story.

What do you think of the idli vending machine? Tell us your thoughts in the comments section.

Ankita Lokhande Shares Glimpse Of Her Festivities With Vicky Jain

How To Make Bengali-Style Petai Paratha For A Wholesome Lunch

Learn To Grill With These Easy 5 Veg Grilled Snack Recipes