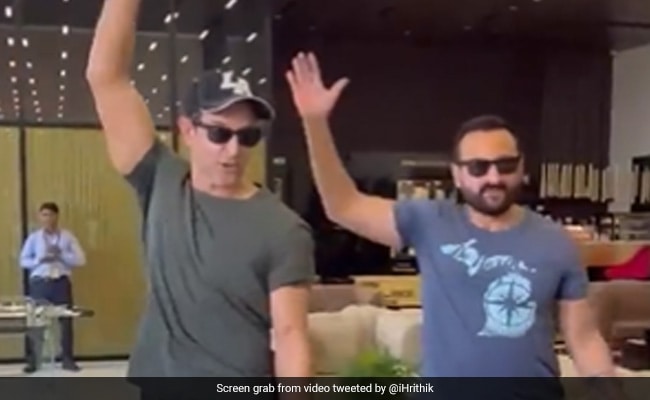 Hrithik and Saif in a still from the video. (courtesy: ihrithik)

Check out the video posted by Hrithik Roshan here:

Both Saif Ali Khan and Hrithik Roshan are actively promoting the film. Saif Ali Khan is a social media recluse but his wife Kareena Kapoor reviewed the film in her Instagram story and she wrote: “Best film best actors best story best directors…what a film…blockbuster.”

Vikram Vedha is a Hindi remake of the 2017 Tamil neo-noir action thriller of the same name, which starred Madhavan and Vijay Setupathi in the lead roles. The Hindi remake also stars Radhika Apte and Sobhita Dhulipala.

The film has been written and directed by Pushkar-Gayathri, who also helmed the original. The film is slated to release in theatres on September 30 and it will clash with Mani Ratnam’s magnum opus Ponniyin Selvan.