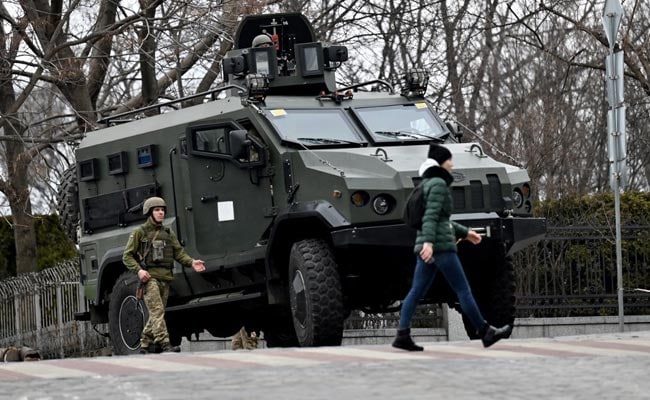 Ukraine War: The expected US aid announcement comes as world leaders reasserted their support for Kyiv.

The United States will announce $3 billion in fresh military aid to Kyiv on Wednesday as Ukraine marks its independence day as well as the six-month anniversary of the Russian invasion.

A US official confirmed the planned White House announcement even as Washington warned that Moscow could be planning a surge in strikes on major civilian targets coinciding with the independence day observations, and as Ukrainian President Volodymyr Zelensky urged citizens to be on guard against “Russian terror.”

The new tranche of American funding will help Kyiv acquire more weaponry, ammunition and other supplies for its armed forces, locked in a grinding war of attrition with Russian troops in the east and south with neither side advancing significantly in weeks.

In Moscow, the Kremlin warned it would show “no mercy” over the assassination of Daria Dugina, the daughter of an ultranationalist intellectual allied with President Vladimir Putin, which it blamed on Ukraine.

Russian Foreign Minister Sergei Lavrov said the investigation into the attack would be completed soon.

“According to the results of this investigation, there can be no mercy for those who organised, ordered and carried out” the car bombing, he said.

The expected US aid announcement comes as world leaders reasserted their support for Kyiv.

British Prime Minister Boris Johnson and German Chancellor Olaf Scholz on Tuesday warned Russia against further attempts to annex Ukrainian territory in the same way it did with Crimea.

“It has never been more important for us all to stand together,” Johnson said in a video address to the Crimea Platform conference in Kyiv.

Polish President Andrzej Duda advised against any “appeasement,” saying: “There is no return to business as usual in relations with Russia.”

And French President Emmanuel Macron vowed that European Union support for Ukraine would continue “for the long term”.

“There can be no weakness, no spirit of compromise, because it is a matter of our freedom, for everyone, and of peace everywhere around the world,” he said.

Tensions grew in the Ukraine capital as both Zelensky and the US State Department warned that Russia could step up attacks around the holiday.

The celebrations are muted this year and large gatherings have been banned in Kyiv.

Ukrainians were somber about the looming anniversary after a half-year of death and destruction.

“Six months, the peace of life has been broken in every family,” Nina Mikhailovna, an 80-year-old pensioner, said at Independence Square in central Kyiv.

“How much destruction, how many dead, how can we relate to it?” she asked.

Kyiv’s city administration said it would close public service centers on Wednesday and Thursday, and shopping malls here said they would close for the anniversary for safety concerns.

“Tomorrow is an important day for all of us. And that is why this day, unfortunately, is also important for our enemy,” Zelensky said in an address Tuesday evening.

“We must be aware that tomorrow disgusting Russian provocations and brutal strikes are possible,” he said.

Meanwhile discussions continued on how to protect the Zaporizhzhia nuclear plant in southern Ukraine, occupied by Russian troops and threatened by shelling, which Moscow blames on Kyiv.

The two sides traded accusations at a Tuesday meeting of the UN Security Council on Zaporizhzhia, with Ukraine and its allies demanding Russia pull its troops out of the plant — Europe’s largest nuclear facility — and agree to a demilitarized zone.

Lavrov spoke Tuesday by telephone to French Foreign Minister Catherine Colonna about an expected visit to the plant by inspectors from UN nuclear watchdog the International Atomic Energy Agency, amid worries over the high risk of a radiation accident.

“I’m continuing to consult very actively and intensively with all parties so that this vital IAEA mission can take place without further delay,” he said.

It would “help stabilise the nuclear safety and security situation at the site and reduce the risk of a severe nuclear accident in Europe.”