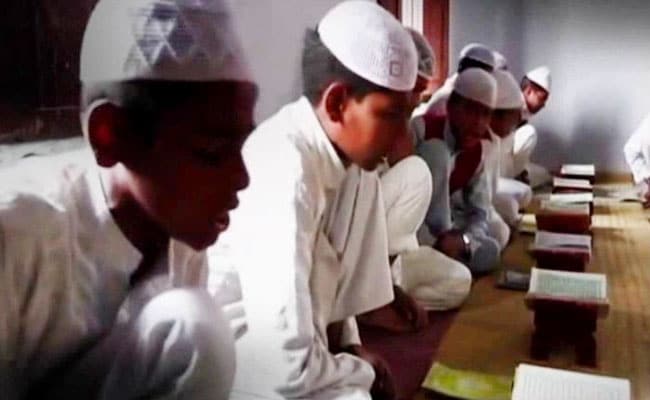 There are a total of 16,461 madrassas in Uttar Pradesh (Representational)

The Uttar Pradesh government will conduct a survey of unrecognized madrassas in the state to gather information about number of teachers, curriculum, and basic facilities available there, among others.

Minister of State for Minority Affairs Danish Azad Ansari on Wednesday said the state government will conduct the survey in accordance with the requirement of the National Commission for Protection of Child Rights (NCPCR) in connection with the availability of basic facilities to the students in madrassas.

“The survey will begin soon,” the minister told PTI.

During the survey, details such as name of madrassa and the institution operating it, whether it is running in a private or rented building, number of students studying there, and information regarding facilities of drinking water, toilet, furniture and electricity supply will be collected, Mr Ansari said.

Information regarding number of teachers in the madrassa, its curriculum, source of income and its affiliation with any non-government organisation (NGO) will also be gathered, he said.

To a question whether the state government would start the process of recognizing new madrassas after this survey, the minister said that at present, the government’s aim is to collect information only about unrecognized madrassas.

It is noteworthy that at present there are a total of 16,461 madrassas in Uttar Pradesh, out of which 560 are given government grants. New madrassas have not been included in the grant list for the last six years in the state.

The minister said that according to the order issued on Wednesday, in case of disputed management committee in madrassas or absence of any member of the committee, the Madrassa principal and district minority welfare officer will be able to make appointments from the dependent quota.

Earlier, if there was any problem in the managing committee, the dependent had to face difficulties in getting the job.

Mr Ansari said based on the application of the teachers and non-teaching staff of aided madrassas, they can now be transferred with the consent of the managers of the madrassas concerned and the approval of the registrar of the state madrassa education council.

He said women employees working in madrassas will also get maternity leave and child care leave according to the rules.

Over 3 Million Children At Risk After Massive Floods In Pakistan: UNICEF