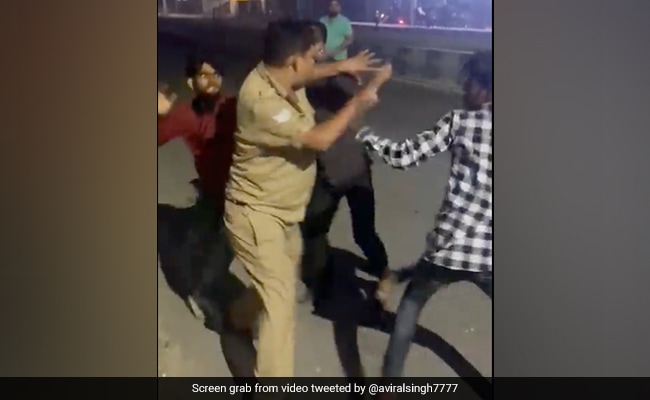 In the video, the four men are seen hitting and abusing the head constable.

A head constable of the Uttar Pradesh Police was beaten up here by four motorcycle-borne men after he pulled them over for travelling without helmets, officials said on Thursday.

Police have registered an FIR in connection with the incident, a purported video of which is doing the rounds on social media.

In the video, the four men are seen hitting and abusing the head constable.

Deputy Commissioner of Police Rahul Raj said, “The head constable of Para police station Srikant stopped four men who were travelling on a motorcycle without helmets. The men manhandled the head constable.”

“An FIR has been registered at Para police station. We have identified the accused and efforts are on to arrest them,” he said.

A Round Up Of How Aishwarya, Kajol, Madhuri Dixit, Raveena Tandon Lit Up This Grand Party