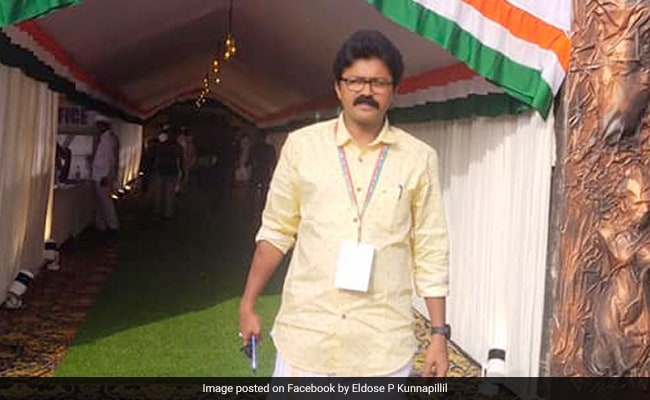 “It will be proved that I have committed nothing wrong,” Mr Kunnappilly said.

A day after he was granted anticipatory bail by a court in a case of rape and attempt to murder, Congress MLA Eldhose Kunnappilly on Friday appeared before the media and claimed that he was innocent and had done nothing wrong as alleged by the complainant woman.

The two-time legislator expressed confidence that he could prove charges against him as wrong in the court and could come out clean.

Mr Kunnappilly, who met reporters separately at his house here, also said he gave his explanation to the Congress party as directed by the KPCC, and it was up to them to decide on further steps.

Asked why he had gone into hiding after the victim approached the police with the complaint, the Perumbavoor MLA just said his anticipatory bail plea was before the court.

The police and party leadership had made it clear that he was untraceable after the case was registered against him.

When asked about the victim’s charges against him, the MLA rubbished it, saying they were all just allegations.

“I will be exonerated in this case. I have complete faith in that. But, I cannot divulge anything right now as I have to comply with the bail conditions directed by the court,” he said.

He also said he, his family, and the Congress party would completely cooperate with the ongoing investigation.

A sessions court in Thiruvananthapuram on Thursday granted the Congress MLA anticipatory bail in a case of rape and attempt to murder.

Kerala Pradesh Congress Committee (KPCC) chief K Sudhakaran said the MLA had given an explanation to the KPCC office through his lawyer and the same would be examined after he reaches Kerala on Friday.

Besides rape and attempt to murder, the Congress MLA has also been charged with assault following a complaint from the alleged victim, who stated he had abducted and manhandled her.

The case was filed against three accused, including the MLA’s personal assistant, and a friend. The victim claimed that Mr Kunnappilly offered her Rs 30 lakh to settle the case registered against him.

Family Outing At Gujarat Bridge, Then Tragedy For Pregnant Mother