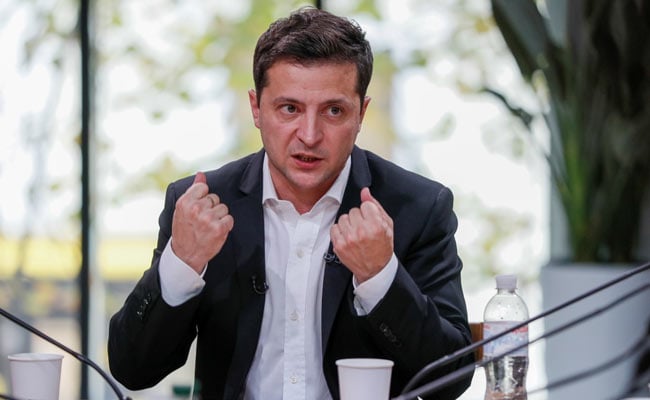 “If they hit us, they will receive a response, a powerful response,” President Zelensky said. (File)

Ukrainian President Volodymyr Zelensky warned Moscow on Tuesday of a powerful response if Russian forces carry out attacks on or around Ukraine’s Independence Day.

Ukrainian President Zelensky has warned that Russia, which invaded Ukraine on February 24, could try “something particularly ugly” in the run-up to Wednesday’s Independence Day, which marks Ukraine’s break from Soviet rule.

Asked at a news conference with visiting Polish President Andrzej Duda about the possibility of a Russian missile strike on Kyiv, he said there was a daily threat of attacks and Ukrainian intelligence was working with foreign intelligence.

“Russia does this all the time. Can they increase the number of these strikes? Yes, they can do it on (August) 23rd-24th,” President Zelensky said.”

He said the response would be the same for any Ukrainian city that comes under attack from Russia.

“If they hit us, they will receive a response, a powerful response,” President Zelensky said. “I want to say that each day … this response will grow, it will get stronger and stronger.”

29% Of NDTV Acquired Without Discussion, Consent Or Notice