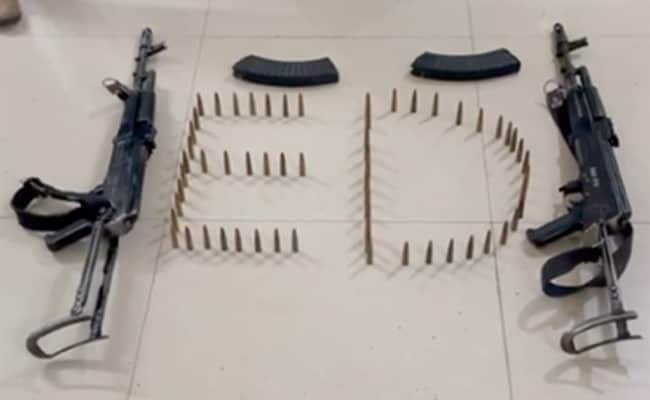 The rifles were found in an almirah; here they are arranged for display by the ED.

The Enforcement Directorate (ED) today seized two AK-47 rifles from a house in Ranchi — allegedly linked to Prem Prakash, an aide of Chief Minister Hemant Soren — during raids as part of an ongoing probe into a mining scam pegged at Rs 100 crore. Neither Mr Prakash nor Mr Soren has reacted so far.

It was not immediately clear if these guns — found in an almirah — are illegal, but the central agency has taken them into its possession.

Raids are underway at up to 20 locations in Jharkhand, neighbouring Bihar, Tamil Nadu, and the Delhi-NCR, reported news agency PTI, citing information from ED sources. While the ED is looking into the money-laundering angle, the case is primarily for illegal mining and extortion.

Today’s searches came after Pankaj Mishra, a political aide of Chief Minister Soren, and Mr Mishra’s associate Bachhu Yadav gave fresh information to the ED, the sources told PTI. Both of them are already in custody. 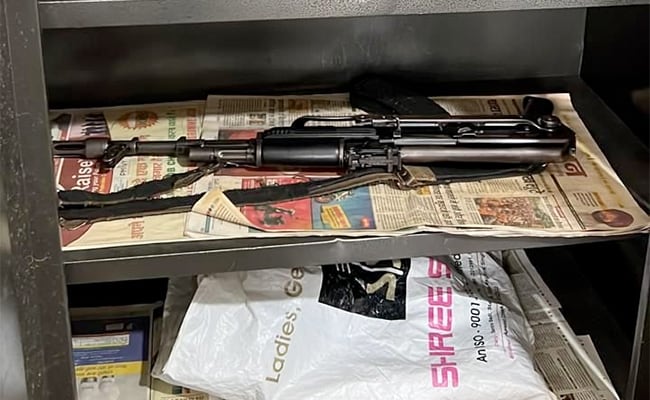 The ED had raided Pankaj Mishra and his alleged associates on July 8, covering 19 locations across Jharkhand. The agency had filed a case under the Prevention of Money Laundering Act (PMLA) against Mr Mishra and others in March, alleging that he “illegally grabbed or amassed huge assets in his favour”.

“The evidence collected during the course of the investigation, including the statements of various persons, digital evidence, and documents revealed that the seized cash or bank balance is derived from illegal mining being rampantly done in the Sahibganj area, including the forest area,” the agency had said last month.

It had said it was probing the trail of Rs 100 crore of “proceeds of crime” generated from the illegal mining.