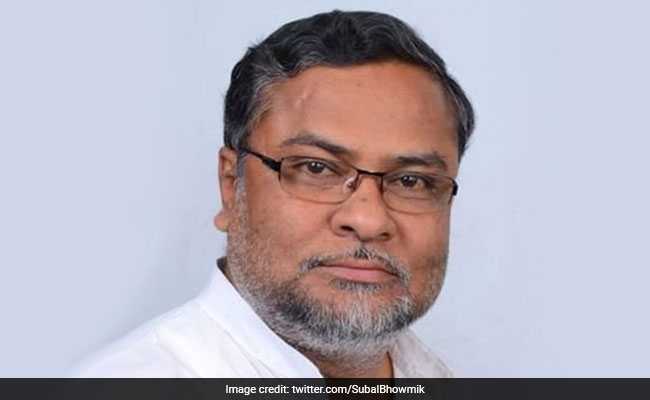 Mr Bhowmik has been staying away from party programmes for the last few days.

The Trinamool Congress (TMC) on Wednesday sacked Subal Bhowmik from the post of President of the party’s Tripura state committee amid speculations that he may return to the BJP.

Mr Bhowmik has been staying away from party programmes for the last few days.

The TMC announced that former West Bengal minister Rajib Banerjee, the party’s in-charge for Tripura, and Rajya Sabha MP Susmita Dev will look after the functioning of the party till a new state president is appointed.

Mr Bhowmik is likely to join the BJP during its president JP Nadda’s visit to Tripura on August 28.

He was the BJP’s state vice-president and played a crucial role in toppling the Left regime of 25 years in the 2018 assembly elections.

However, he quit the BJP in July last year amid differences with then Chief Minister Biplab Kumar Deb.

Before joining the Congress in 2020 for the second time, Mr Bhowmik was in the Bharatiya Janata Party for a few years.

Mr Bhowmik’s removal may hurt the Mamata Banerjee-led TMC which has national aspirations and has been trying to expand to several states.

Top party leader Abhishek Banerjee had visited the border state several times for high voltage campaigns in the assembly bypolls and civic elections but the party has struggled to gain a foothold in the state. Several party leaders have returned to the Congress as well.

Severe Weather Leads To Massive Flight Delays In US, Passenger Claims Plane Ran Out Of Fuel Due To 6-Hour Taxiing

In Talks with Canada To Make Sure Students’ Issues Are Resolved: Ministry Of External Affairs

For Report On Man Taken To Hospital On Cart, Police Action On 3 Journalists In Madhya Pradesh

Infosys’ Stern Warning To Employees: “No Two-Timing, No Moonlighting”

“Congress Chief Or Not, Rahul Gandhi Will Always Have…”: P Chidambaram