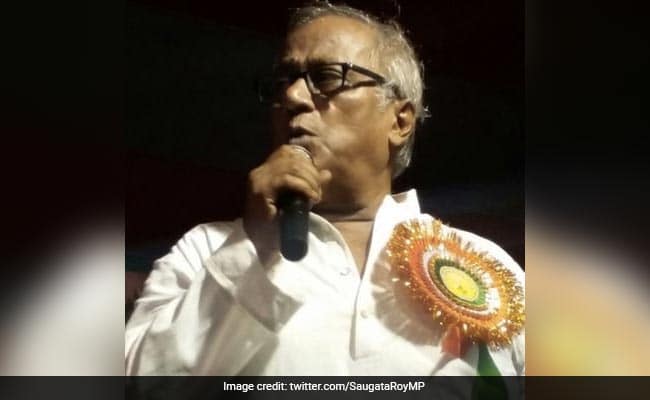 TMC MP Sougata Roy today sought to justify the party’s different reactions to the arrests of its leaders Partha Chatterjee and Anubrata Mondal in separate scams, asserting that the seizure of a large amount of cash was embarrassing for the ruling party in West Bengal.

While stressing that the Trinamool Congress has zero tolerance for corruption, Roy said the two cases are not the same.

“Partha Chatterjee’s case was clear as a large amount of cash was recovered from his associate’s residence. Therefore, the party has taken strict action against him. But that was not the case for Anubrata Mondal or TMC MLA Manik Bhattacharya because, so far, there are only corruption charges against them that are yet to be proven,” Sougata Roy said.

Partha Chatterjee, the state’s former industry minister and secretary general of the TMC, was removed from the cabinet and stripped of all party posts within a week of his arrest in July this year.

Unlike Partha Chatterjee, whom the party has shown the door following his arrest by the Enforcement Directorate (ED) in the school jobs scam, the TMC stood by Anubrata Mondal, whom the CBI arrested in a cattle smuggling scam.

Manik Bhattacharya, a TMC MLA who was also arrested this month in the school jobs scam, is also yet to face any action from the party.

Reacting to Sougata Roy’s comment, the West Bengal BJP said his remarks smack of “TMC’s involvement with various corruption cases in the state”.

“His comments are shocking; the party is differentiating corruption cases. Such statements prove TMC’s involvement in various corruption cases and scams in the state,” BJP spokesperson Samik Bhattacharya said.

Poorly Preserved Platelets, Not Mosambi Juice: UP Official On Death