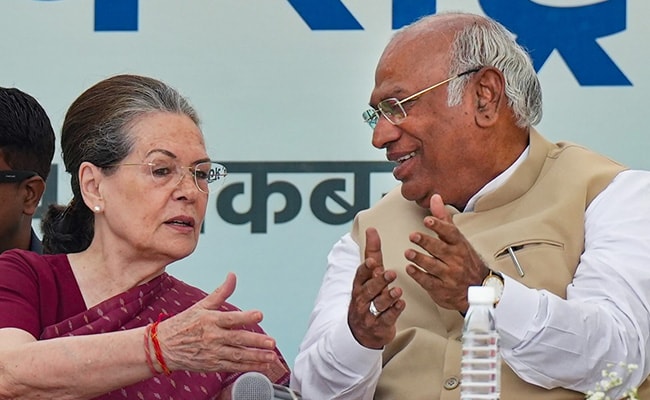 The 80-year-old Congress veteran said that it was a privilege to be elected president of Congress.

Veteran leader Mallikarjun Kharge who formally took charge as Congress President on Wednesday thanked all party workers and leaders for electing him for the top post.

“This is an emotional moment for me, I want to thank Congress people for making a worker’s son, an ordinary worker, the president of Congress. It is a matter of pride to carry forward the legacy of the Congress.” Mr Kharge said in his address.

Mr Kharge was handed over the certificate of election to the top post at a function at the All India Congress Committee (AICC) headquarters here.

The 80-year-old Congress veteran said that it was a matter of privilege and pride for him to handle the responsibility as a party which was led by leaders like Mahatma Gandhi, Jawaharlal Nehru and Subhash Chandra Bose.

“I started this journey in 1969 as a block committee chief today you have taken it to such heights. It is my privilege and pride to take forward the legacy of Congress. The great political party which was led by Mahatma Gandhi, Nehru, Subhash Chandra Bose, Maulana Azad, Babu Jagjivan Ram, Indiraji, Rajivji. It is a matter of privilege and pride for me to handle that responsibility,” Mr Kharge said.

The first non-Gandhi to head the party in 24 years, Kharge defeated Thiruvanthapuram MP Shashi Tharoor to win the president’s post.

CCTV Shows Truck Losing Control On Road In UP; 3 Dead As It Rams Auto

“PM Had Promised 2 Crore Jobs. It’s Been 8 Years”: A Owaisi In Gujarat