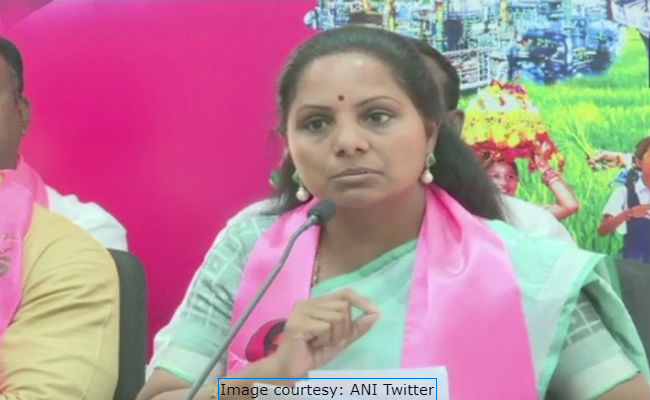 K Kavitha is a member of the legislative council in Telangana.

Asking the Supreme Court to intervene to reverse the release of convicts in the Bilkis Bano rape case from Gujarat, Telangana Rashtra Samiti (TRS) leader Kalvakuntla Kavitha has written to Chief Justice of India NV Ramana.

The convicts, sent to life imprisonment in 2008 for the gangrape of Bilkis Bano and the murder of seven of her family during the 2002 Gujarat riots, walked out of jail this August 15.

Ms Bano was 21 years old and pregnant at the time, and those murdered included her three-year-old daughter.

“To imagine her (Bilkis Bano) seeing her rapists walking free with impunity, then being garlanded and celebrated for release, must have shattered her,” K Kavita, a member of Telangana’s Legislative Council, wrote.

“Crimes such as rape shake the very core of our social conscience,” she said in the letter, “Seeing convicted rapists walk out freely on a day such as our Independence Day sends shivers down the spine of every woman and indeed every citizen.”

She underlined that the release plea was considered under a 1992 policy, as per directions of the Supreme Court, “while the state government’s revised policy of 2014 would have made them ineligible for remission”. She said it is “unclear” if the release by Gujarat was granted in consultation with the Centre – both governments are run by the BJP.

The state government has said the convicts had served more than 14 years in jail, which made them eligible under the 1992 policy, which was in force at the time of their conviction in 2008. So the 2014 policy – which says gangrape and murder convicts must not be freed – could not have been applied, the Gujarat Home Secretary has said.

K Kavitha said the Supreme Court should “save the nation’s faith in our laws and in humanity by intervening in this matter” so that the release is “withdrawn immediately”.

Her father, Telangana Chief Minister K Chandrashekhar Rao, has also slammed the release decision, as has her brother, KT Rama Rao, who is a minister.

Chinooks Used By Air Force Do Not Have Any Problems: Boeing India Chief

Cheetahs For India On Plane To Gwalior, Will Then Take Chopper: 10 Points