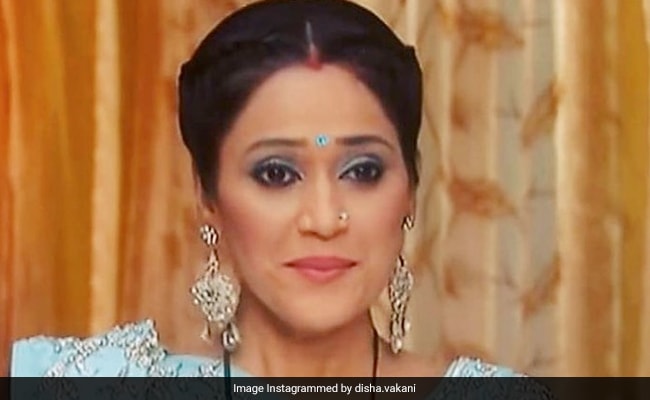 Actress Disha Vakani, best-known for playing Dayaben in the popular sitcom Taarak Mehta Ka Ooltah Chashmah was in headlines all of Wednesday, after their were reports doing the rounds that the actress has been diagnosed with throat cancer. However, the actress’ brother Mayur Vakani clarified in an interview with ETimes that they are just rumours and “nothing of this is true.” Mayur Vakani told ETimes: “Aise bahut saare afwaayein aate rehte hain ismein koi sacchayi nahi hai (these kind of rumours keep doing the rounds in the media and there is no truth to it). She is hale and hearty and nothing of this is true. Every day we get to hear baseless rumours about her but fans should not believe any of these.”

Meanwhile, actor Jennifer Mistry Bansiwal, who stars as Roshan Singh Sodhi in the popular TV series, told ETimes: “I am in touch with Disha on and off and I don’t think this is true. Agar aisa kuch hota toh pata chalta (if there was any such thing, we would have got to know). I spoke to her towards the end of August because we both stay in the same vicinity. We spoke about our daughter’s kathak classes, she sounded absolutely fine. I think these are just rumours.”

Disha Vakani took a break from the show in the year 2017 after her maternity break. Her baby girl was born in the same year. She briefly appeared in the show during an episode in 2019.

Padma Lakshmi Argues Whether She Slays While Cooking; Her Daughters Response Is Hilarious

“Hand In Hand,” Anil Kapoor And Wife Sunita Are “Making Memories” In Egypt

Time To Check These Films With Unique Storylines Off Your List

“How Much Pagal” Are Janhvi Kapoor And Gang? The Answer Here

When Kareena And Karisma Kapoor Have A Day Together