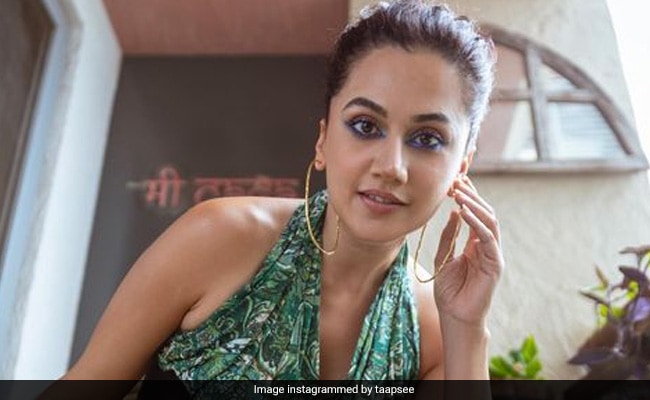 Taapsee Pannu, who has mastered the art of shutting down trolls, managed to do it once again. A Twitter user with a verified handle, wrote in his post: “4.7 Million followers of Taapsee and just 5-8 RTs on her Tweets. The same Taapsee will blame the audience for not watching her movie.” Taapsee Pannu, in her epic reply, wrote “Try harder” along with a smile emoji. The Twitter user replied to the actress’ tweet and wrote: “Indeed, you need to…” Taapsee managed to reply to this tweet too and she wrote: “Aadhi toh aapki janta hai mere followers mein jisne relevant bana rakha hai toh shukriya and you earned my attention so congratulations. (Half of my followers are people like you, who have ensured that I stay relevant, so thank you for that).”

Taapsee Pannu is best-known for her performances in critically acclaimed as well as hit films like Pink, Naam Shabana, Soorma, Mulk, Manmarziyaan and Thappad. She has also starred in films like Game Over, Badla, Saand Ki Aankh and Mission Mangal. The actress’ new film Dobaaraa released to largely positive reviews on Friday.

In the recent years, the actress was seen in Vinil Mathew’s Haseen Dillruba, starring Vikrant Massey and Rashmi Rocket, in which she played the role of an athlete. She was also seen in Looop Lapeta with Tahir Raj Bhasin. It is a Hindi adaptation of the 1998 German hit Run Lola Run. She also starred in Shabaash Mithu, based on the life of Mithali Raj.

At Brahmastra Screening, Mouni Roy’s Cheer Squad Showed Up Like This

“There Are Days When It’s Hurtful”