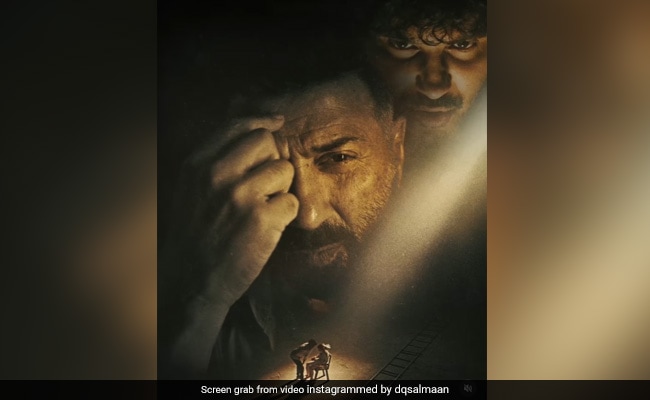 Sunny Deol and Dulquer Salmaan’s Chupis all set to release in theaters on September 23. Dulquer made the announcement by sharing a motion poster on his Instagram account. He wrote, “Here we go!!” with hashtags, #ChupRevengeOfTheArtist and #ChupOn23September. Actor Sunny Deol shared two different posts. In one of his posts, the actor shared the same motion poster with similar hashtags that of Dulquer Salmaan, and the other post had two film posters, featuring Sunny Deol and Dulquer Salmaan respectively. Directed by R Balki, Chup also stars Shreya Dhanwanthary and Pooja Bhatt in the lead. Check out the posts shared by the actors:

Shreya Dhanwanthary too shared the motion poster on her Instagram. Her caption read, “CHUP. Coming to cinemas on 23rd September 2022.” See post:

Sharing the same motion poster on Twitter, Pooja Bhatt wrote, “Because talk is cheap and silence eloquent.” Check out her post:

Chup: The Revenge of the Artist, written and directed by R Balki, holds a special place in the filmmaker’s life. The film billed as an homage to master filmmaker Guru Dutt and his 1959 film, Kaagaz Ke Phool, also marks the debut of megastar Amitabh Bachchan as a music composer. “Chup marks the official debut of Amitabh Bachchan as a music composer. Amitji saw Chup and played an instinctive original melody on his piano as he relived the film. It was his way of expressing his feelings for the film, paying a tribute. This composition, his gift to the film, will be the end title track of Chup. I don’t think there can be an artist whose sensitivity can beat Bachchan’s and Chup has his touch”, R Balki told to PTI. The film’s screenplay is co-written by R Balki, critic-turned-writer Raja Sen, and Rishi Virmani. Chup is produced by Rakesh Jhunjhunwala, Anil Naidu, Dr. Jayanthilal Gada, and Gauri Shinde.

Snowy Mountains And “Positive Vibes Only”

Sidharth Malhotra Welcomes Back “OG Action Master” Rohit Shetty On Sets: “You Are An Inspiration”