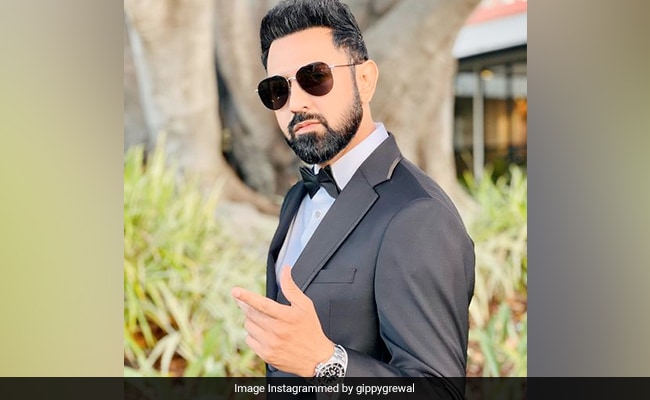 Punjabi actor-singer Gippy Grewal recently opened up about the underperformance of Lal Singh Chaddhaat the domestic box office and the failure of Bollywood. In an interview with DNA, the actor-singer claimed that Aamir Khan’s Punjabi accent was not as per expectations, and despite his suggestions, the makers went ahead with the original version. He said, “I agree with the fact that Aamir Khan’s Punjabi accent has drawn criticism, and when we were working on the dialogues for the film, we had the correct accent and diction.” The actor made this statement during one of the promotional events for his upcoming film Yaar Mera Titliyaan Warga.

The actor added, “My team including Rana Ranbir (actor-writer) helped them in writing Punjabi dialogues. But once I saw the rushes of the film, I suggested they should re-dub for getting the right Punjabi. They agreed with me, but they didn’t change it. Maybe they thought that it was perfect for the character, but there has been a certain disconnect over there.”

Filmmaker Advait Chandan’s Lal Singh Chaddha is the official Hindi remake of the 1994 Hollywood film Forrest Gump that featured Tom Hanks in the lead. The Hindi version stars Aamir Khan and Kareena Kapoor Khan in lead. Lal Singh Chaddha released on August 11 and collected Rs 45.83 cr in five days of its release, less than the opening collection of Thugs of Hindostan, according to Taran Adarsh.

Speaking of Bollywood films and the failure of films like Lal Singh Chaddha and Raksha Bandhan, the actor said, “The audience is the kingmaker. Even our films missed the mark. Sometimes we don’t get the opening, and sometimes people don’t get the tickets for the film. So I think it boils down to content, uss mein gadbad hai, and they should accept it.”

Gippy claimed that “corporates” are causing harm to filmmaking. He said, “When I work in Bombay, I usually have this argument with the corporate people here. They come up with statistics, budgets, and calculations. But the creativity can’t be controlled by these measures. I believe, that filmmaking comes from the heart, and here, people make films from their brains.”

The actor added, “You can pen down a script, but not calculations. They come up with their assumptions first. ‘Film should have XYZ opening, ‘it should collect 100 crores,’ ‘you have to make the film under this budget.’ But what if the maker’s vision is beyond their norms? They don’t create films, they complete a project. That interest, that hunger of seeing something new, something unique isn’t there in them. I think that’s where the problem lies.”

"Dobaaraa Doesn't Undermine The Intelligence Of The Audience"

Time To Check These Films With Unique Storylines Off Your List