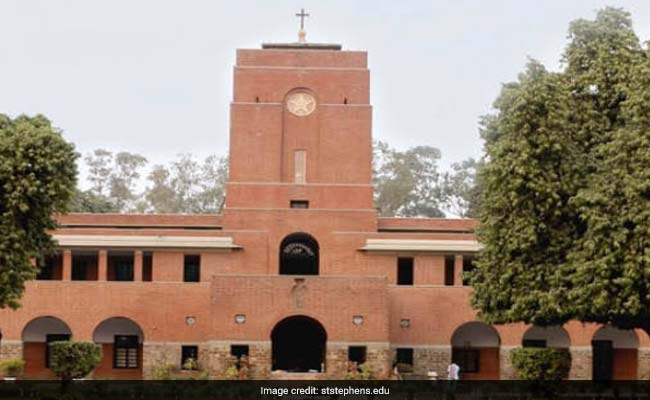 A bench of Justices Ajay Rastogi and CT Ravikumar said it was not inclined to interfere with the high court judgement.

“We find no reason to stay the judgement, therefore the application for interim relief is dismissed,” the bench said.

The Supreme Court was hearing a plea of St Stephen’s College against a Delhi High Court order which asked it to follow the admission policy of the Delhi University.

The Delhi High Court had on September 12 asked the Christian minority institution to follow the admission policy formulated by the Delhi University according to which 100 per cent weightage has to be given to the Common University Entrance Test (CUET)-2022 score while granting admission to non-minority students in its undergraduate courses.

The high court had said the college cannot conduct interviews for non-minority category students and that the admission should be as per the CUET score alone.

The high court had also said the rights accorded to a minority institution under the Constitution cannot be extended to non-minorities.

It had said the college has the authority to conduct interviews, in addition to the CUET score, for admitting Christian students but it cannot force non-minority candidates to additionally appear for an interview.

The high court bench, while asking the St Stephen’s College to withdraw its prospectus giving 15 per cent weightage to interview for admission against unreserved seats, besides taking into consideration the CUET score of a candidate, had, however, ruled the DU “cannot insist upon a single merit list for admission of candidates belonging to the Christian community regardless of denomination, etc”.

The high court’s order had come on petitions filed by a law student and the college with respect to the legality of the procedure for admission of students against unreserved non-minority seats for Undergrad courses.

Diwali 2022: How To Make Chef-Special Gond-Gulkand Laddoo For Festive Fare