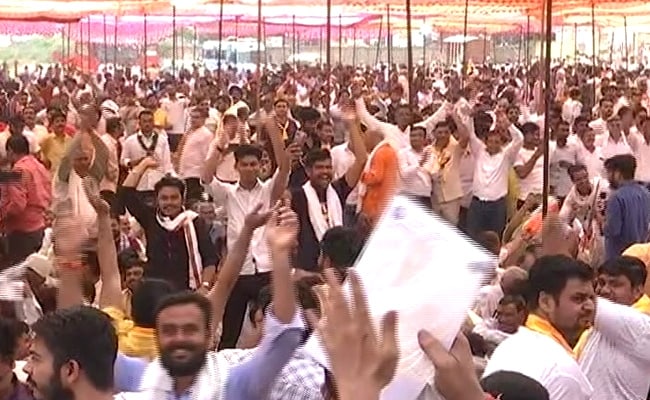 Shrikant Tyagi was arrested from Meerut after the video of the incident went viral.

A massive rally was organised today in Noida in support of Shrikant Tyagi, a politician who was filmed abusing and assaulting a woman a few days ago.

Slogans raised at the panchayat, organised by the Tyagi community members, condemned loal BJP MP Mahesh Sharma, who had said the politician was not a member of the ruling party.

Meanwhile, residents of the Grand Omaxe Society, where the incident had taken place earlier this month, staged a silent protest against the rally.

Tyagi was arrested from Meerut after the video of the incident went viral.

He has claimed to be a member of the BJP Kisan Morcha, but the BJP has denied any association with him. He was seen posing with top BJP leaders, including party president JP Nadda, in photos on his social media handles.

"Modiji Thinks Who To Raid, Arvind Kejriwal About Schools": Manish Sisodia To NDTV

Rahul Gandhi To PM As Bilkis Bano Convicts Freed: “Are You Not Ashamed?”