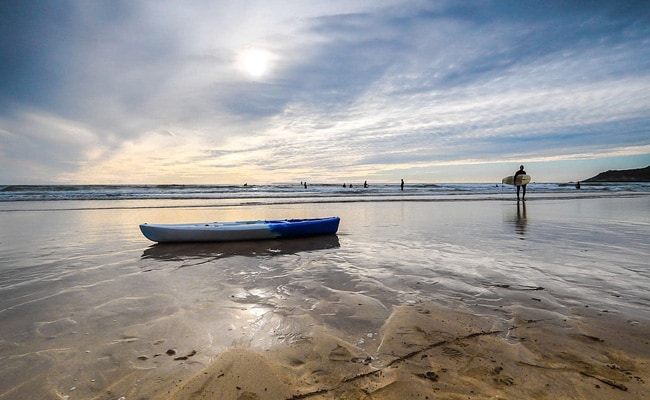 The police suspect the doll was dumped in a river and was washed up to the beach. (Representational)

A discarded sex doll found on a beach in Thailand triggered panic among the locals after it was mistaken for a body of a woman. Rescuers soon rushed to the spot and allayed the fears of people on the beach by confirming that it was just a robber doll, reported Thaiger.

The doll was spotted on the Bang Saen beach in the Chon Buri province of eastern Thailand on August 18. A photo of the doll was uploaded on Facebook, which showed the doll lying on the beach with the upper half of its body covered with a shirt, the report added.

After discovering the “body”, anxious locals called the paramedics and the police who soon reported to the emergency. According to a Bang Saen district police spokesperson, rescue teams reached the spot after being informed that locals had seen a “young woman naked and unconscious”, according to Daily Star.

When the police observed it from a distance, it appeared to be a body. However, things cleared after they got a closer look. The object was identified as an “AV doll” whose head was missing. The doll retails for 20,000 Baht (approx. Rs 44,222) on the internet,” the spokesperson informed.

Police suspect that the doll must have been dumped in a river or canal after which it washed up on the beach. The doll has now been removed from the beach to prevent unnecessary panic among the tourists, the report added.

The police further informed that the doll has been kept at the rescue team’s station and the owner can collect it from there.