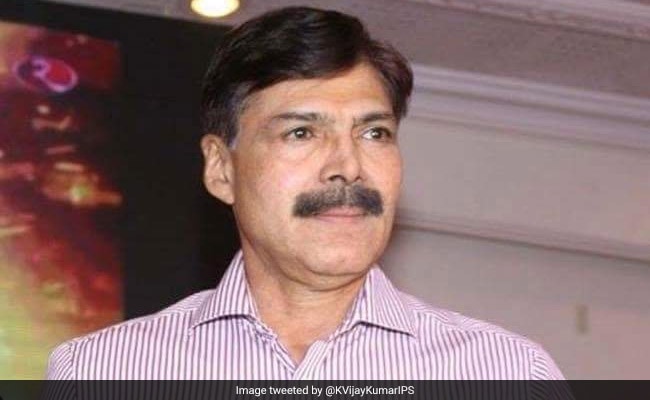 K Vijay Kumar served as the advisor to the governor of Jammu and Kashmir before.

Decorated police officer K Vijay Kumar, who was credited for eliminating forest brigand Veerappan, has resigned as the senior security advisor in the Ministry of Home Affairs (MHA).

Mr Kumar, who put in his papers some time ago due to personal reasons, has vacated his accommodation in Delhi and relocated to Chennai.

“I am now based in Chennai after I decided to end my stint with the MHA due to personal reasons,” he told PTI over the phone.

Mr Kumar was mostly advising the government on issues of Left-Wing Extremism (LWE), besides on Jammu and Kashmir.

The 1975-batch Indian Police Service (IPS) officer was appointed as the senior security officer of the MHA after his superannuation from service in 2012 as the director general of the Central Reserve Police Force (CRPF).

He served as the advisor to the governor of Jammu and Kashmir before being re-appointed as the senior security advisor in the MHA in 2019.

Mr Kumar has also served as the chief of the Special Task Force (STF), Tamil Nadu, which was tasked with hunting down Veerappan, the commissioner of the Chennai Police and the inspector general of the Border Security Force (BSF) in Kashmir.

Veerappan was killed in 2004 in a meticulously planned operation led by Mr Kumar in Tamil Nadu.

“She Never Asked For Anything But Love”