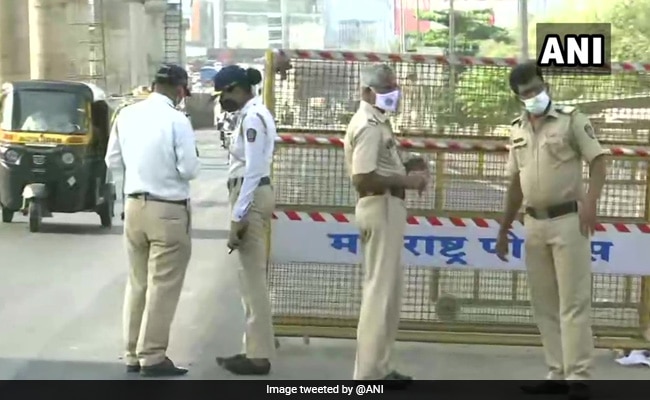 Mumbai: The threat caller claimed that three bombs have been planted in the city.

Mumbai police on Wednesday received a ‘suspicious’ call from an unidentified caller informing that bombs are planted at several key places across Mumbai.

Mumbai Police got vigilant after bomb threats at several places were received from the unidentified caller.

The suspicious phone call was received on the helpline number 112, officials said.

According to the police, a call was received by a caller claiming that three bombs have been planted in the city at Infinity Mall Andheri, PVR Mall Juhu, and Sahara Hotel Airport. The Mumbai police have beefed security in the targetted places. Attempts are underway to nab the unidentified caller.

Earlier, in April this year, a Karnataka school received a bomb threat amid the ongoing hijab row.

Hours after a few schools in Bengaluru received bomb threats, Karnataka chief minister Basavaraj Bommai on Friday said he has asked top police officials to probe the matter adding that a conspiracy is on to disturb peace in the state.

“A conspiracy is on to disturb peace in the state. Karnataka is a progressive State and some elements are repeatedly trying to tarnish this image. Police officials have been instructed to consider these cases seriously,” Chief Minister Basavaraj Bommai said to reporters.

“Parents need not worry,” the Chief Minister said while assuring that there is no cause for worry as far as security at schools is concerned. “Necessary precautionary measures are being taken. The parents need have any anxiety,” Mr Bommai said.