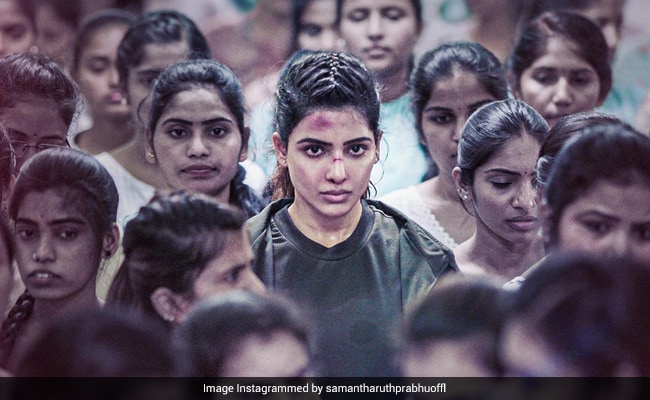 Samantha Ruth Prabhu shared an update on her new film Yashoda. The actress shared a new poster from the film, in which she can be seen walking amid the crowd with a bruised face. Samantha Ruth Prabhu, in her caption, wrote: “The indomitable will.” She also revealed that the film’s teaser will release on September 9. “Yashoda teaser on September 9th at 5: 49PM” Yashoda is a sci-fi thriller written and directed by Hari Shankar-Harish Narayan and it has been produced by the banner Sridevi Movies. Besides Samantha, the film also stars Unni Mukundan, and Varalaxmi Sarathkumar.

See the poster of Yashoda here:

On the professional front, Samantha Ruth Prabhu will soon work with Downton Abbey director Philip John in a project titled Arrangements Of Love. In the film, Samantha will play the role of a bisexual character, who runs her own detective agency. The actress was last seen in Kaathuvaakula Rendu Kaadhal, costarring Vijay Sethupathi and Nayanthara. She will also star in the film Shaakuntalam, and Kushi, co-starring Vijay Deverakonda. The actress made her big digital debut with The Family Man 2.

How To Make Tawa Paneer For Midweek Indulgence

Someone Made Cereal With Meat And Foodies Want To Know Why