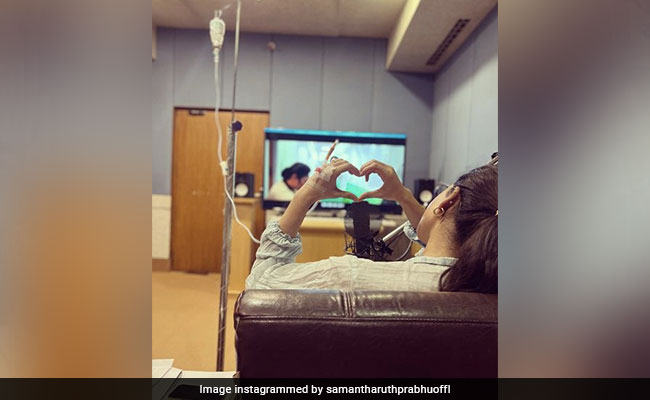 Samantha Ruth Prabhu, in her latest Instagram entry on Sunday, revealed that she has been diagnosed with an autoimmune condition called Myositis, which leads to weakening of muscles. The actress, sharing an update on her health, wrote that “The doctors are confident that I will make a complete recovery very soon.” Posting a picture from the hospital, the actress began the note with these words: “Your response to the Yashoda trailer was overwhelming. It is this love and connection that I share with all of you, that gives me the strength to deal with the seemingly unending challenges that life throws at me. A few months back I was diagnosed with an autoimmune condition called Myositis. I was hoping to share this after it had gone into remission. But it is taking a little longer than I hoped. I am slowly realising that we don’t always need to put up a strong front. Accepting this vulnerability is something that I am still struggling with.”

The actress wrote that she is getting closer to recovery and added, “The doctors are confident that I will make a complete recovery very soon. I have had good days and bad days…. physically and emotionally…. and even when it feels like I can’t handle one more day of this, somehow that moment passes. I guess it can only mean that I am one more day closer to recovery. I love you.” She signed off the post with these words: “This too shall pass.”

On the professional front, Samantha Ruth Prabhu will soon work with Downton Abbey director Philip John in a project titled Arrangements Of Love. In the film, Samantha will play the role of a bisexual character, who runs her own detective agency. Her next film is Yashoda, the trailer of which released earlier this week. The actress will reportedly feature in Russo Brother’s Citadel as well.

Samantha Ruth Prabhu was last seen in Kaathuvaakula Rendu Kaadhal, co-starring Vijay Sethupathi and Nayanthara. She will also star in the film Shaakuntalam. She recently shared her first look from the latter. The actress made her big digital debut with the smash hot web-series The Family Man 2 last year.

Glenn Phillips' Unique Sprinter-Like Start To A Run Is Cricket At Its Innovative Best. Watch

Shilpa Shetty In Blockbuster Throwback With Her Grandmother And Cousins

Ajay Devgn Is A Trishul-Wielding Man Of Mystery