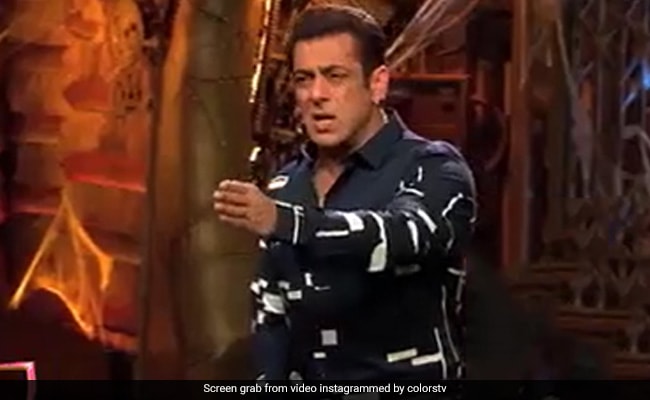 Bigg Boss 16 host Salman Khan has returned to the show after recovering from dengue. Filmmaker Karan Johar stepped into Salman’s shoes for a few days. Since his return, the actor has been reviewing the performance of each and every contestant. He is particularly not happy with Sumbul Touqeer’s ineptitude to amp up her game in the house. In a promo video shared by Colors TV for the Shukravaar Ka Vaar episode, Salman is seen scolding Sumbul for appearing weak and not giving her best in the house. He reminds Sumbul that she called herself “strong” while entering the house but she has not been able to prove it on the show. Salman also refers to the time when Sumbul’s father had asked her to play the game safely and wisely on the show.

“Simbul, iss ghar me aapne kya kiya? Yaha se badi badi baatein kar ke gayi ‘mai badi strong hun.’ Aap iss ghar ke andar dikh nahi rahi ho (What exactly have you done in this house? You had claimed here on stage that you were strong. You are not visible in this house),” Salman Khan is seen saying in the video.

The actor continues, “Maa baap ki toh baatein sunti nahi ho tum. Dikhau main aapko ki ghar ke andar aap kaise nazar aa rahi ho (You don’t listen to your parents. Should I show you how you look inside the Bigg Boss house)?” He then asks Sumbul Touqeer to move back and lead her to the gate far away from the screen. “Vaise hi… utni door dikhai deti ho (Just like that, you look insignificant in the house),” says Salman Khan.

"Time To Get Rid Of PCB Chairman": Mohammad Amir Lashes Out At Ramiz Raja After Pakistan's Shock Defeat To Zimbabwe