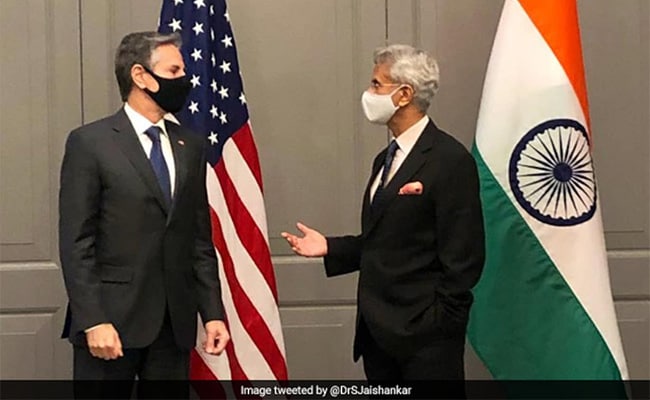 Mr Jaishankar will visit Russia on Nov. 8, the Russian embassy in India said on Thursday.

US Secretary of State Antony Blinken spoke on Saturday with his counterpart in India about Russia’s war on Ukraine among other issues, the State Department said.

Blinken spoke with External Affairs Minister Subrahmanyam Jaishankar about “regional and global issues, including counterterrorism cooperation and Russia’s continuing aggression against Ukraine,” the department said in a release.

India has been a large purchaser of Russia’s oil, which is helping to fund its war against Ukraine.

Mr Jaishankar will visit Russia on Nov. 8, the Russian embassy in India said on Thursday.

Rajasthan to reimburse airfares of students who returned from Ukraine between Feb 1, 14

7-Time MLA Chhotu Vasava Not To Contest This Election, Son Steps In