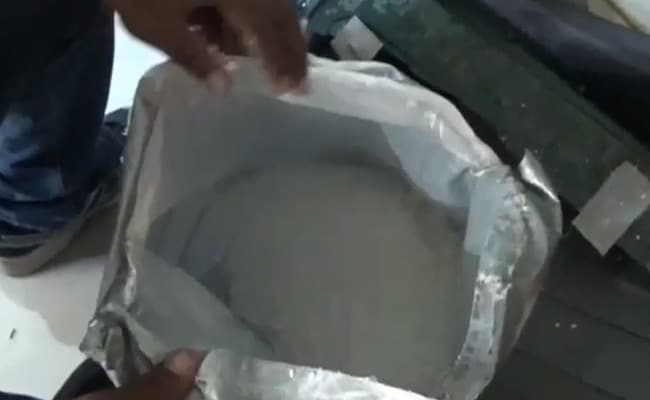 The agency said that 2 kg of cocaine was found in a similar trolley bag from a woman in Mumbai.

Estimated to be worth Rs 50 crore, 7 kg of cocaine was seized in a massive operation by the Narcotics Control Bureau (NCB) in which four foreigners and two women were arrested.

The anti-drugs agency busted the drug cartel in Delhi’s Tilak Nagar which was run by foreigners and seized 5 kg of cocaine hidden in a trolley bag from a woman.

The bag was handed over to the woman by two Ethiopians who were later arrested, the agency said on Tuesday.

The NCB said that the source of the drug was linked to a hotel in Mumbai and an Indian woman and two other Ethiopians were also arrested.

With the seizure of cocaine, the agency found a new modus operandi of drug traffickers where citizens from African nations would switch airports based on their survey done on law enforcement agencies’ vigilance. The whole trip was sponsored by their handlers in African countries. The NCB said the arrested nationals travelled to India for the first time.

The agency said that 2 kg of cocaine was found in a similar trolley bag from a woman in Mumbai, making the total recovery to 7 kg, adding that often African nationals would marry Indian women who were used to smuggle drugs into the country.

The traffickers used social media platforms and virtual numbers to communicate and pass directions in order to avoid reverse tracking and the source of drugs.

Ashish Vidyarthis Foodie Adventures In Mumbai Has Left Us Drooling