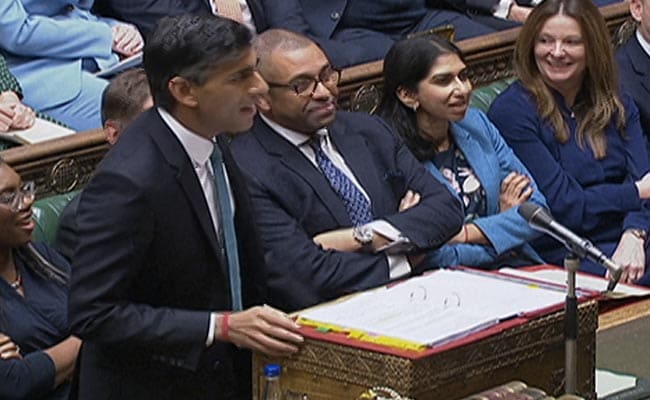 Rishi Sunak, Britain Prime Minister, today defended the reappointment of Indian-origin Suella Braverman as the Home Secretary. Mr Sunak said that the home secretary will be focused on cracking down on criminals and defending the country’s borders.

She was forced to resign earlier this month for accidentally emailing classified government documents outside her department.

The news of her reappointment on the official Twitter handle of the Prime Minister drew largely negative comments. Many questioned how the Conservative Party reappointed a leader who had admitted to a security breach. Others questioned her stance on policies — especially on migration control — that has drawn mixed reactions even within her party.

Mr Sunak said that the home secretary made an error of judgement but she recognised that she raised the matter and she accepted her mistake.

Ms Braverman — an outspoken critic of Rishi Sunak’s predecessor Liz Truss’s economic policy — had come out in support of Mr Sunak in the run-up to his election last week. “We need unity, stability and efficiency. Rishi Sunak is the only candidate that fits the bill and I am proud to support him,” she wrote in The Daily Telegraph.

Earlier this month, she was also at the centre of controversy for branding Indians as the “largest group of people who overstay” their visas in the UK. She blamed the riots in Leicester following an India-Pakistan cricket match on uncontrolled migration into the UK and the newcomers’ failure to integrate.

Why Plan To Revive Jet Airways Is In A Mess