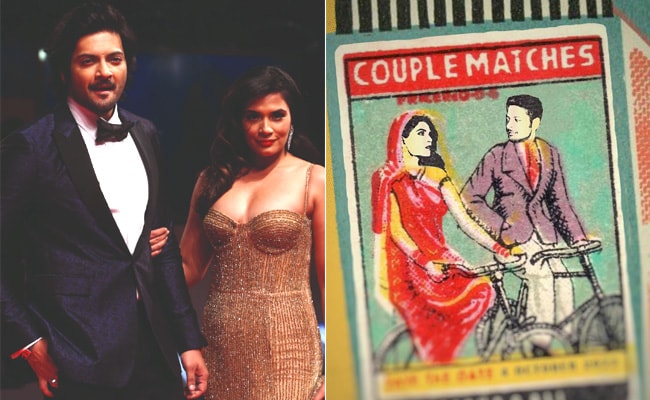 Richa Chadha and Ali Fazal pictured together (L), a picture of the wedding invite. (R)

Star couple Richa Chadha and Ali Fazal are all set for an October 4 wedding, going by the many reports. Amid reports of their wedding, a picture of their quirky albeit super stylish wedding invite has gone viral. The wedding invite features a kitschy rendition of both Richa Chadha and Ali Fazal riding bicycles. The invite is designed in the shape of a matchbox and the text printed on it reads “Couple Matches.” Simply put, the invite is too cool. The Fukrey co-stars will reportedly have wedding celebrations and functions in Delhi as well as Mumbai, with a special party also planned in Delhi post the wedding in mid-October at the iconic Delhi Gymkhana Club. 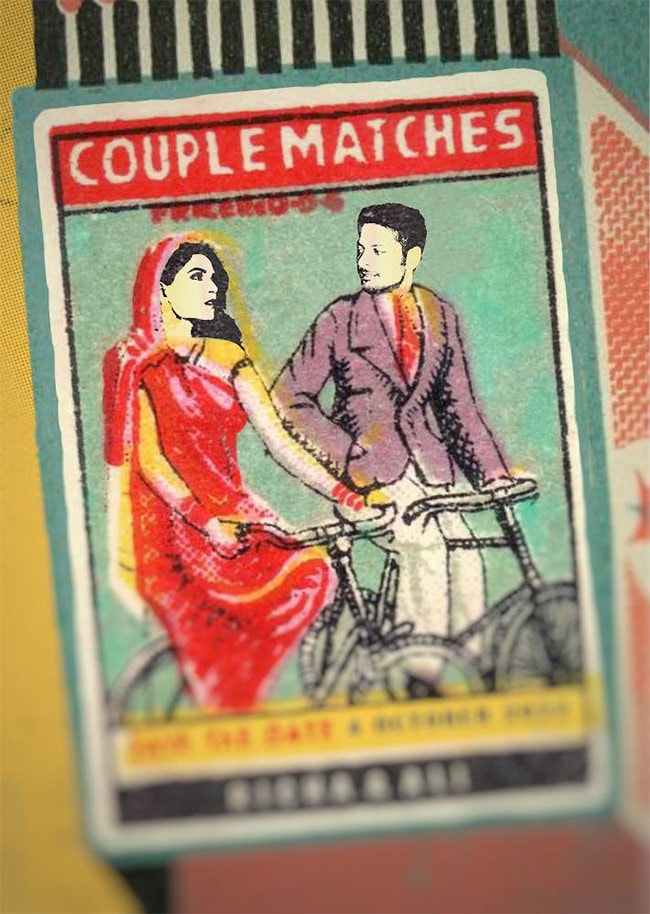 Source close to the actors told news agency ANI that the couple will get married on October 4 in Mumbai and they will be hosting a wedding reception a day later for their family, friends, and industry friends. “Their wedding festivities will begin on September 30. There are likely to be three pre-wedding functions – cocktail, sangeet, and mehendi. All three functions, as revealed by our source, are likely to be held in New Delhi,” the ANI report stated.

Ali Fazal and Richa Chadha are said to be have been dating since 2015. They confirmed their relationship status in the year 2017, when the 3 Idiots actor Instagrammed a selfie with Richa Chadha, saying: “Hai toh hai.” Richa Chadha and Ali Fazal, co-stars of Fukrey, also shared screen space in Fukrey Returns. They also had extended cameos in Netflix’s Call My Agent: Bollywood.

The Way Of Water After Testing Covid-Positive

After Neha Kakkar vs Falguni Pathak Controversy, This Happened