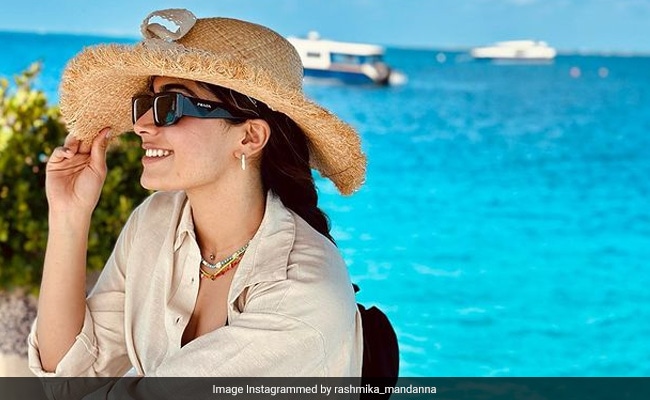 Pushpa star Rashmika Mandanna, after her big Bollywood debut, flew to the Maldives. The actress, who checked into the island nation over the weekend, has actively been sharing pictures from her trip. The actress, on Monday, shared a set of pictures of herself, happily posing in the sun and she wrote in her caption: “And posing has become a part of my life…But it’s ok… If I should pose to look pretty for you all I don’t mind.” Earlier on Monday, the actress shared a clip from her pool session and she wrote in her Instagram story: “I’m definitely an aqua girl.”

This is what the actress posted on her Instagram story: 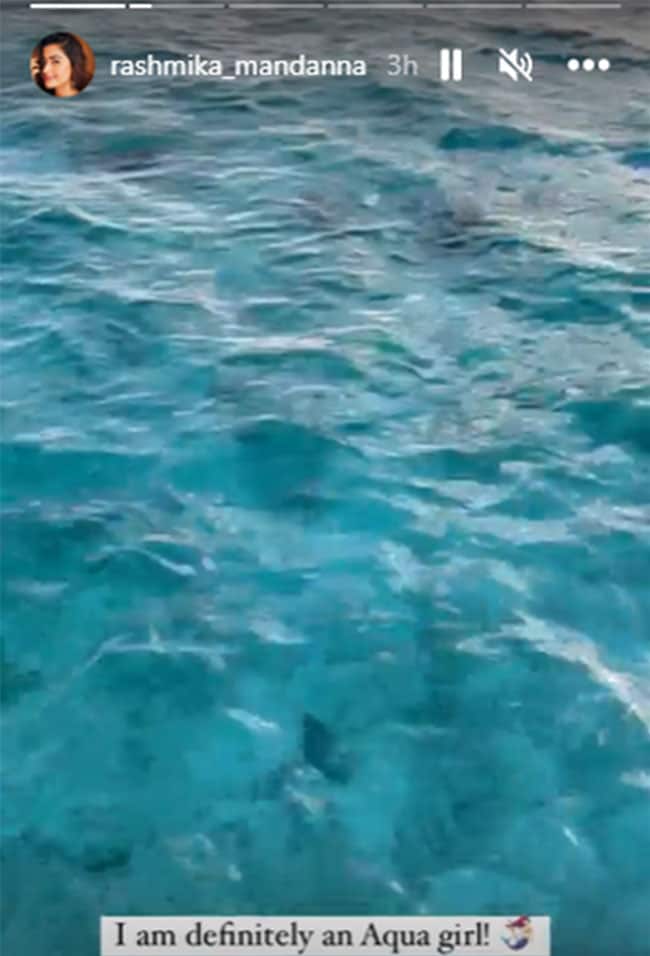 Here’s what the actress posted earlier from her pool time. “Water baby,” she captioned it.

No Maldives trip is complete without the staple floating breakfast. She checked into the island nation by sharing this picture. Take a look.

Rashmika Mandanna began her career as a model for a commercial, from where the makers of Kirik Party selected her for the lead role opposite Rakshit Shetty. After the success of her debut film, Rashmika signed Harsha’s Anjani Putra opposite Puneeth Rajkumar and Chamak opposite Ganesh. She also featured in Sarileru Neekevvaru, with Mahesh Babu. Her filmography also includes Geetha Govindam and Dear Comrade with Vijay Deverakonda. She was also seen in Pushpa: The Rise, co-starring Allu Arjun and Fahadh Faasil, which was a big hit.

Rashmika Mandanna recently made her Bollywood debut with Goodbye, directed by Vikas Bahl. In the film, she co-starred with Amitabh Bachchan and Neena Gupta. She will also star in Mission Majnu with Sidharth Malhotra. She will also star with Ranbir Kapoor in Sandeep Reddy Vanga’s Animal, also starring Anil Kapoor.