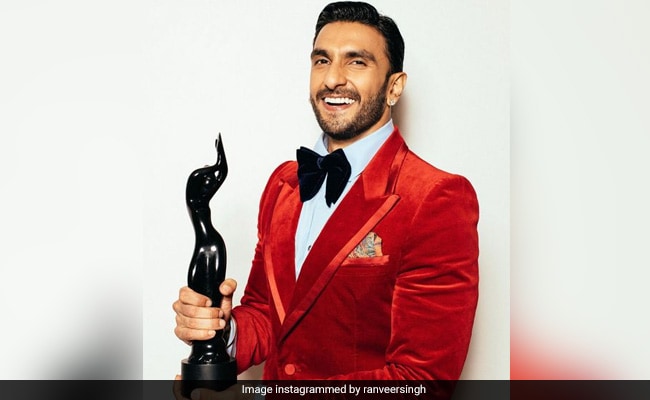 Ranveer Singh won big at this year’s Filmfare Awards. The actor took home the Best Actor trophy for his performance in Kabir Khan’s 83. Ranveer Singh played the role of cricketing legend Kapil Dev in the film and he also dedicated his award to “Kapil’s Devils” – the 1983 squad that brought home the country’s first World Cup, defeating West Indies in a stunning final match. Ranveer Singh, posting a picture with the Filmfare trophy (called the Black Lady), wrote: “What else we here for? Best Actor Filmfare. The Black Lady… Dedicated to ‘Kapil’s Devils.'” In the comments section, Tahir Raj Bhasin, who starred as Sunil Gavaskar in 83, wrote: “Congrats Kaps.” Dhairya Karwa, who starred as Ravi Shastri in the film, also dropped the same comment on Ranveer’s post.

Meanwhile, Deepika Padukone, who starred in 83 as Kapil Dev’s wife Romi and also co-produced the film, shared a picture of husband Ranveer with his Filmfare trophy and she wrote: “Simply the best. Better than all the rest.”

This is what Deepika Padukone poste for Ranveer:

For Alia Bhatt, It’s “Not So Happy Sunday” As She Gets Ignored By Her Pet Cat Edward. Here’s Proof