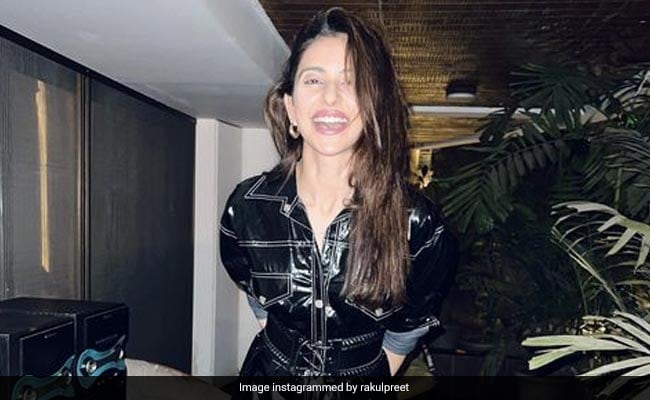 Actor Rakul Preet Singh is ”vibing with the teeny girl” in her and how. The 31-year-old actor shared a few pictures of her on Instagram, where she was seen wearing an all-black outfit. She was wearing a black shirt dress. Along with the pictures, the actor shared a caption. She wrote, “VIBing with the teeny girl in me.” While her comment section is flooded with compliments, many of her fans are calling her “an icon of beauty.” The actor will be soon seen in Ayushmann Khurrana’s Doctor G and Akshay Kumar’s film Cuttputlli.

Take a look at the motion poster:

The film also starring Akshay Kumar in the lead is an official remake of the 2018 Tamil psychological crime thriller Ratsasan. Directed by Ranjit M Tiwari, the film will be produced by Jackky Baghnani and Vashu Baghnani’s Pooja Entertainment.

Cuttputlli will directly stream on Disney Plus Hotstar.

Rakul was last seen in the film Runway 34, which also featured actors Amitabh Bachchan and Ajay Devgn in the lead. The film also directed by Ajay Devgn opened to mixed reviews.

It’s A Baby Boy For Sonam Kapoor And Anand Ahuja