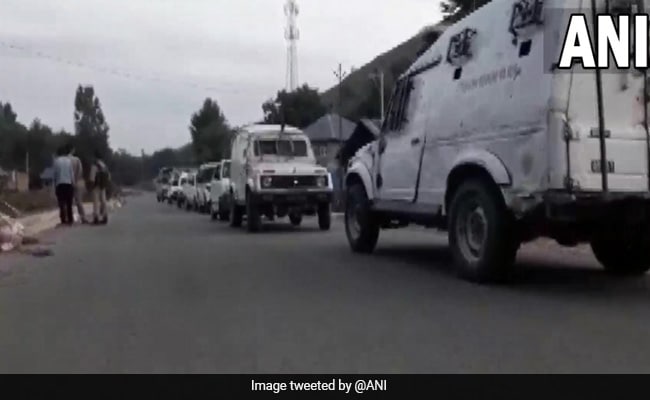 NIA officials reached the spot around 6 am and conducted the raids. (Representational)

The National Investigation Agency (NIA) today raided the houses of three alleged gangsters and the house of a former sarpanch in connection with the “emerging nexus” between terrorists, gangsters and drug smugglers, police sources said.

Teams from the local police and the crime unit teams accompanied the NIA officials.

The raids were conducted at the houses of gangster Amit Dagar and that of Anil, the brother of his close aide Sandeep alias Bandar, and Kartar Singh at Rajiv Colony in Naharpur Rupa area.

NIA officials reached the spot around 6 am and conducted the raids. While they were tightlipped about the raids, sources said the officials conducted “special searches” in the three houses and questioned Dagar’s wife for an hour.

The sources also said that Kartar Singh was taken in for questioning.

After the four-hour raid, the officials searched the home of a former sarpanch at Mushaidpur village in Farrukhnagar police station limits. Relatives of the former sarpanch, identified as Dharmender, said they were surprised by the raid as he had no links with any gangsters and had to contest the zila parishad election from ward No 8. The raid was going on at the time of filing this report.

The NIA also carried out raids in Punjab and Uttar Pradesh in connection with the case. The raids were carried out at 50 places which covered residences of noted gangsters, officials said.

The NIA had registered the case on August 26 after it identified some of the “most desperate gang leaders and their associates based in India and abroad” who were spearheading and carrying out terror and criminal activities.

On September 12, the agency had conducted raids in Punjab, Haryana, Rajasthan and Delhi after taking over cases from the Delhi Police. Those covered under the raids also included gangsters involved in the murder of Punjabi singer Sidhu Moosewala.

Six pistols, a revolver and a shotgun were seized along with ammunition during those raids besides drugs, cash, incriminating documents, digital devices, details of benami property and threat letters.