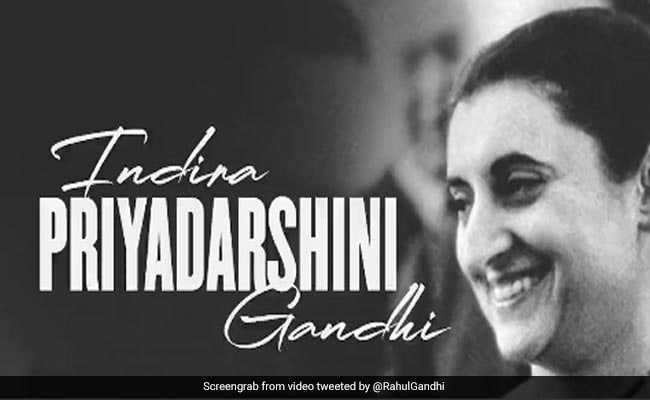 Sharing tributes, Rahul Gandhi also posted a video along with the tweet.

Congress leader Rahul Gandhi today shared an emotional tweet for his grandmother and former Prime Minister Indira Gandhi on her death anniversary, vowing to fulfill her vision of a united India.

Sharing tributes, Mr Gandhi also posted a video along with the tweet. The clip shows a young Mr Gandhi crying at his grandmother’s funeral as quotes of Indira Gandhi’s speeches over the years play. The video ends with visuals of Mr Gandhi’s ongoing Bharat Jodo Yatra as the former prime minister’s voice calls for a united India.

“Grandmother, I am carrying both your love and values in my heart. I will not allow the India for which you have sacrificed your life to fall apart,” the tweet read. Mr Gandhi, currently in Telangana on his Bharat Jodo Yatra, also paid floral tributes to his grandmother.

India’s first woman prime minister, Indira Gandhi, was assassinated on this day in 1984 by two of her own security guards.