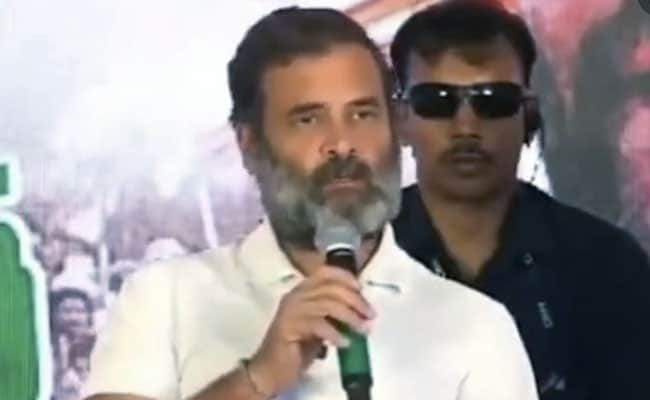 Congress leader Rahul Gandhi today said that any attempt to politicise the bridge collapse at Gujarat’s Morbi will be a disrespect to those who died in the incident.

While attending an event on the sidelines of the Congress party’s ongoing Bharat Jodo Yatra, which is currently passing through Telangana, the former Congress President was asked who he thought was responsible for the tragedy in Morbi.

In response, Mr Gandhi said: “I don’t want to politicise this incident. People have lost lives there. It’s disrespectful for them to do it. So I am not going to do it.”

Question: Who do u think is responsible for the Morbi bridge collapse?

Ans: “I don’t want to politicise this incident. People have lost lives there. It’s disrespectful for them to do it. So I am not going to do it.”

Mr Gandhi and those taking part in the Bharat Jodo Yatra with him observed a two-minute silence today in memory of those who were killed after the bridge collapsed.

At least 141 people have died after the British-era bridge collapsed just a week after its renovation. The suspension bridge – 200km from Ahmedabad – collapsed at 6.42 pm yesterday when around 500 people had reportedly gathered on it to perform some rituals in connection with the Chhath Puja.

Eyewitnesses said there were several women and children on the nearly 150-year-old bridge when cables supporting it snapped, sending scores of people tumbling into the waters of Machchhu River below.

Passenger Gets Handwritten Cricket Score From Pilot On Flight, Internet Calls It "Epic"