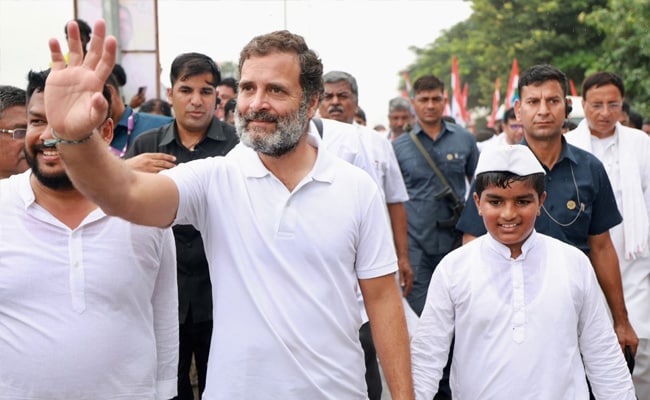 With a score of 29.1, the level of hunger in India has been labelled “serious”.

Congress leader Rahul Gandhi on Sunday attacked the Centre over India slipping down to 107th position in the Global Hunger Index (GHI) 2022 and asked till when the RSS-BJP will work to “weaken” India by misleading the people from reality.

India ranked 107 among 121 countries in the GHI 2022, much behind its South Asian neighbours, with the child wasting rate at 19.3 per cent, the highest in the world.

“India ranks 107th out of 121 countries on hunger and malnutrition! Now the prime minister and his ministers will say, ‘Hunger is not increasing in India, rather people are not feeling hungry in other countries’,” Mr Gandhi said in a tweet in Hindi.

“For how long will RSS-BJP work to weaken India by misleading the public from reality?” the former Congress chief said.

With a score of 29.1, the level of hunger in India has been labelled “serious”.

The Centre has rejected the findings of the GHI 2022, alleging it is an effort to taint the country’s image and the index suffers from serious methodological issues and is an “erroneous measure” of hunger.

In Asia, Afghanistan with a rank of 109 is the only country behind India.

Ahead Of Mumbai By-Polls, Raj Thackeray's Unexpected Request To BJP