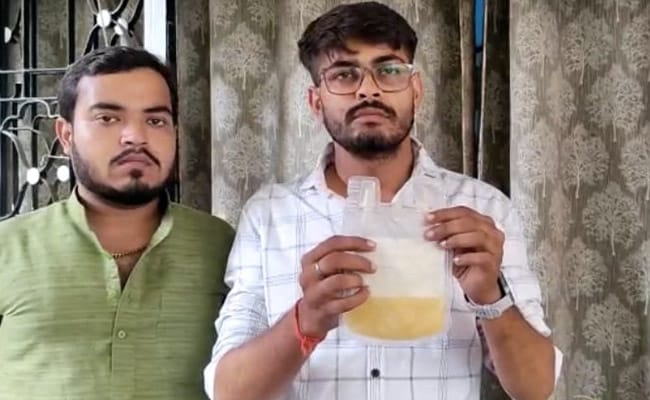 The patient was being treated at Global Hospital in Jhalwa locality of Prayagraj.

Days after the family of a hospital patient in Uttar Pradesh alleged that he died because he was intravenously given ‘mosambi’ or sweet lime juice instead of blood platelets, triggering widespread outrage, a senior government official on Wednesday denied the claim.

Sanjay Khatri, the District Magistrate of Prayagraj, on Wednesday said they had found that the patient had been given a packet of “poorly preserved” platelets.

“We had formed a three-member team to probe the incident. Their report found that the patient had been given poorly preserved platelets. We are taking action based on this information,” Mr Khatri said.

The relatives of the 32-year-old patient had alleged that they were supplied sweet lime juice in a bag marked as ‘plasma’ at the Global Hospital and Trauma Centre in Prayagraj (formerly Allahabad) via a middleman.

The patient’s family alleges his condition deteriorated after transfusion from one of the bags. He was shifted to a second private hospital, where he died, the family said, adding that doctors there told them the ‘platelet’ bag was fake and actually a mix of chemicals and sweet lime or ‘mosambi’ juice.

The hospital was sealed on the instructions of the Chief Medical Officer and has been served a demolition notice for unauthorised construction.

The hospital in question has refuted the allegations, saying the platelets were procured by the relatives of the patients themselves. The owner of the hospital, said that the patient’s platelets level dropped to 17,000, following which his relatives were asked to arrange blood platelets.

“They brought five units of platelets from a government hospital. After transfusion of three units, the patient had a reaction. So we stopped it,” the hospital owner said in a statement, adding that he also supports an investigation.

How a Marmot Reacts When Its Owner Stops Petting It