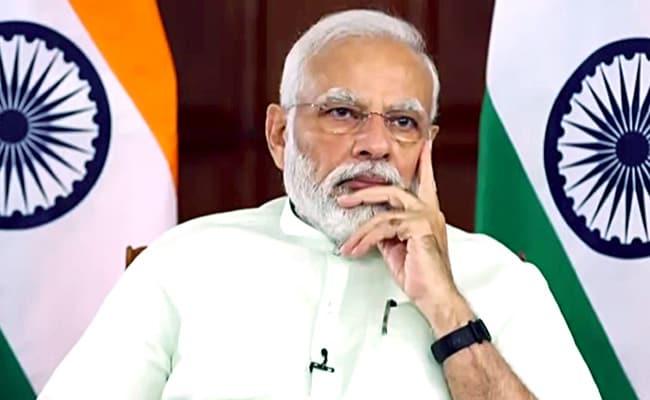 PM Modi will be on a three-day Gujarat visit from today. (File)

Prime Minister Narendra Modi will lay the foundation stone of a manufacturing facility for C-295 transport aircraft in Vadodara in Gujarat on Sunday.

He will also address a gathering at Leprosy Ground in Vadodara, as per a Gujarat government release.

PM Modi will be on a three-day Gujarat visit from Sunday and launch a host of projects in different parts of the state where the Assembly elections are expected to be announced soon.

A consortium of European defence major Airbus and the Tata group will manufacture C-295 transport aircraft for the Indian Air Force (IAF) in Vadodara, the Defence ministry said on Thursday, announcing the Rs 22,000 crore project where a military plane will be produced in India for the first time by a private company.

The facility will cater to the export of aircraft as well as for additional orders by the IAF. The aircraft can be used for civilian purposes as well, Defence Secretary Ajay Kumar had said.

In September last year, India had sealed the deal with Airbus Defence and Space for the 56 C-295 aircraft to replace the ageing Avro-748 planes of the IAF.

Under the agreement, Airbus will deliver the first 16 aircraft in ‘fly-away’ condition from its final assembly line in Seville, Spain within four years and the subsequent 40 aircraft will be manufactured and assembled by Tata Advanced Systems (TASL) in India as part of an industrial partnership between the two companies.

It is the first project of its kind in which a military aircraft will be manufactured in India by a private company, Kumar had said, adding its total cost is Rs 21,935 crore.

4-Year-Old UP Boy Killed By Father’s Friend Over Dispute: Police

“Because Sourav Ganguly Is A Gentleman”: Mamata Banerjee Attacks Centre

No Dhol, No Speaker At Gujarat Minister’s Rally To File Poll Nomination