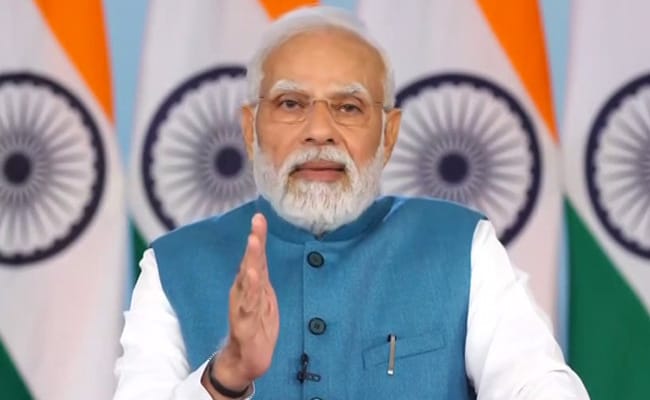 Prime Minister Narendra Modi will be on a three-day visit to Gujarat and Rajasthan from October 30 during which he will lay the foundation stone of a C-295 aircraft manufacturing facility and pay tributes to India’s first home minister Vallabhbhai Patel.

The Prime Minister’s Office (PMO) said PM Modi will launch the aircraft manufacturing facility in Vadodara on Sunday and pay homage to Sardar Patel at the Statue of Unity on his birth anniversary on Monday in the poll-bound state.

He will also participate in the National Unity Day celebrations to mark Patel’s birth anniversary and address the officer trainees at the culmination of the 97th common foundation course, ‘Aarambh 4.0’.

“Digital Governance: Foundation & Frontiers” was chosen as the theme for the fourth edition of ‘Aarambh’ with a view to help officer trainees learn how to leverage technological solutions to strengthen public service delivery and make the last-mile delivery transparent, effective and efficient, according to the PMO.

On November 1, the PMO said, PM Modi will reach Rajasthan’s Banswara district where he will attend a public programme to pay homage to the “unsung” tribal heroes of the freedom struggle.

He will then launch various development projects at Jambughoda in Panchmahal district of Gujarat before returning to the national capital, it said.

The PMO said the C-295 aircraft manufacturing facility, the first such private sector facility in the country, will be utilised for manufacturing 40 such transport planes for the Indian Air Force through a collaboration between Tata Advanced Systems Limited and Airbus Defence and Space, Spain.

The facility will be a key step towards achieving self-reliance in the defence sector and will also help unlock the potential of the private players in the sector, it said.

E Shinde Amid Row Over Projects

Will Answer All Queries On 'Red Light On, Car Off' Plan: Delhi Minister Gopal Rai

US Returns 307 Antique Items Valued At $4 Million, Smuggled From India