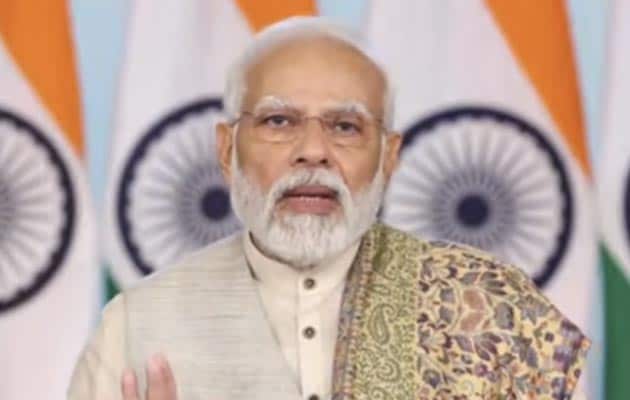 PM Modi congratulated 3,000 youths who received appointment letters to work in the government.

Prime Minister Narendra Modi on Sunday described Jammu and Kashmir as the pride of every Indian, and said that it is time to leave behind the old challenges and take full benefit of new possibilities.

Addressing the Jammu and Kashmir Rozgar Mela through video conferencing, he also said that there is a need to work with a new approach and new thinking for fast-paced development.

“We are committed to taking benefits of development equally to all sections and citizens,” Modi said.

He congratulated 3,000 youths who received appointment letters to work in the government in 20 different places in Jammu and Kashmir. These youths will get opportunities to serve in various departments like PWD, Health Department, Food and Civil Supplies Department, Animal Husbandry, Jal Shakti, and Education-Culture, he added.

The prime minister further said that preparations are in full swing to hand out more than 700 appointment letters in other departments in the coming days.

Referring to a record increase in the number of tourists visiting Jammu and Kashmir, the prime minister said the tourism sector in the state received a boost due to the infrastructural developments and increased connectivity.

“It is our endeavour that the benefits of government schemes reach every section of society without any discrimination”, the prime minister remarked.

He also informed that efforts are on to strengthen the health and education infrastructure in Jammu and Kashmir with the opening of two new AIIMS, seven new medical colleges, two state cancer institutes and 15 nursing colleges.

He said efforts are underway to improve connectivity to Kashmir by trains.

Speaking on how the people of Jammu and Kashmir have always emphasised and appreciated transparency, the prime minister urged the youth who are coming into government services to make it a priority.

europe stocks: Europe Plus One: Can Indian stocks benefit?

Fittest Should Be Made Judges, Not Someone Collegium Knows: Law Minister Kiren Rijiju

Meta Says “India Most Significant Country” For Its Platforms