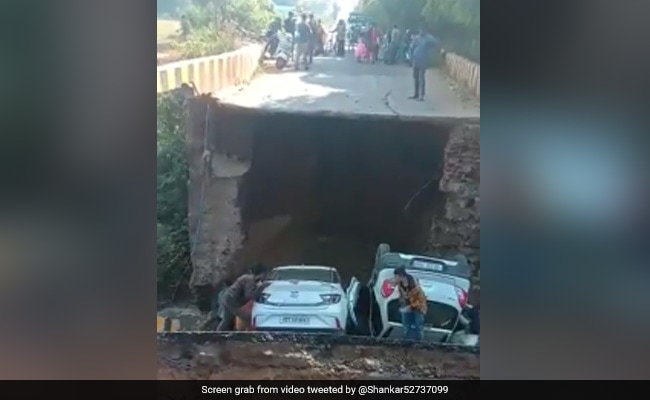 It was built in 1925 by the engineering department of the erstwhile princely state of Kalahandi.

Two cars got stuck as a pre-Independence bridge collapsed in Odisha’s Kalahandi district on Sunday afternoon, an officer said.

Firefighters and police rescued the persons who were trapped in the cars. The incident happened near Bhagirathi Park at Bhawanipatna around 3 pm.

The bridge, which connects Bhawanipatna to Thuamul Rampur and Kashipur, was built in 1925 by the engineering department of the erstwhile princely state of Kalahandi.

The mishap disrupted road connectivity between Bhawanipatna and Thuamul Rampur and Kashipur, an official said.

PWD superintending engineer Ajit Babu said the cause of the collapse of the old bridge would be investigated.

A 40-metre-long bridge will be constructed at the spot, he said.

No Controversy Behind Action Against Vice Chancellors: Kerala Governor