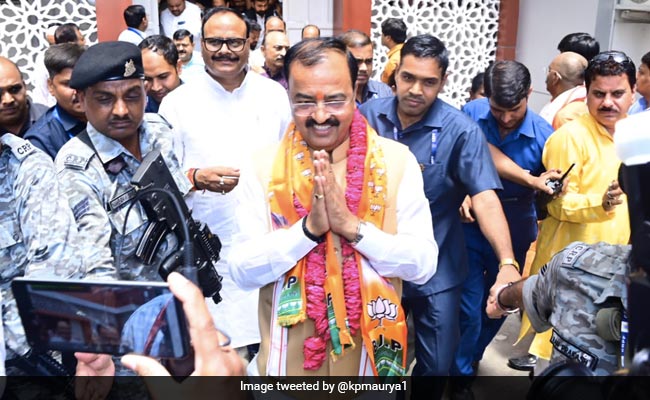 Despite repeated efforts, Mr Maurya could not be contacted for comments.

Uttar Pradesh Deputy Chief Minister Keshav Prasad Maurya on Sunday said the organisation is bigger than the government, amid speculation of the BJP appointing a new party chief in the state.

Swatantra Dev Singh, a minister in the Uttar Pradesh Cabinet, had earlier resigned from the post of the state BJP chief.

In a one-line tweet in Hindi, Mr Maurya said, “Sangathan sarkaar se barhaa hai!’ (the organisation is bigger than the government!).”

Despite repeated efforts, Mr Maurya could not be contacted for comments.

A party office-bearer told PTI, “He (Keshav Prasad Maurya) has always said from every forum and even in public programmes that party workers should not consider themselves less than a deputy CM, and the officials should understand this. Today, he said the same thing in Ghaziabad, and also tweeted it.”

An influential OBC leader, Mr Maurya had served as the Uttar Pradesh BJP chief during the 2017 UP Assembly elections.

The appointment of the new UP BJP chief is also important from the point of view of the 2024 Lok Sabha elections. Mr Maurya was recently appointed the leader of the party’s legislature party in the Legislative Council in place of Swatantra Dev Singh.