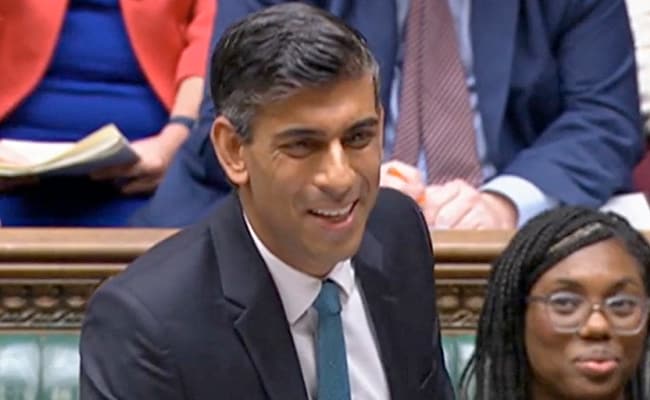 Rishi Sunak’s debut in Parliament as Prime Minister could not have had a more electrifying start as the Opposition left no opportunity in bringing up Sunak’s controversy-filled past. Labour’s Keir Starmer brought up a secretly-filmed video where Sunak allegedly boasts about diverting funding away from deprived urban areas.

“He pretends he’s on the side of working people, but in private he says something different”

“He pretends he’s on the side of working people, but in private he says something different. Over the summer he was secretly recorded at a garden party…boasting to a group of Tory members that he personally moved money away from deprived areas to wealthy places instead. Rather than apologise or say that he meant something else, why doesn’t he now do the right thing and undo the changes he made to those funding formulas,” the Labour leader said.

Rishi Sunak responded to the question by indulging in a jibe himself. “I know that the Right honourable gentleman rarely leaves North London, but if he does, he will know that there are deprived areas in our rural communities and across the south,” Sunak said amid cheers. He went on to say that his government would relentlessly support and deliver for people across the United Kingdom.

“I will be the first to admit that mistakes were made and that’s the reason I am standing here,” Sunak said. “This summer, I was being honest about the difficulties that we are facing. But when [Starmer] ran for leader, he promised his party he would borrow billions and billions of pounds. I told the truth for the good for the country, he told his party what they wanted to hear.”

Leadership is not selling fairytales, Rishi Sunak eloquently reminded Parliament. “It is confronting challenges and that is the leadership that the British people will get from this government.”

Rishi Sunak inherits a UK economy that was headed for recession even before the recent turmoil triggered by Liz Truss. Truss resigned after her budget of tax cuts funded by debt sent shockwaves through markets, crashing the pound.

Data Monday showed Britain’s economic downturn has worsened in October, with private-sector output at a 21-month low. “The heightened political and economic uncertainty has caused business activity to fall at a rate not seen since the global financial crisis in 2009 if pandemic lockdown months are excluded,” Chris Williamson, chief business economist at S&P Global Market Intelligence told AFP.

“Competition In Congress On Who Can Abuse Modi More”: PM On ‘Ravan’ Remark