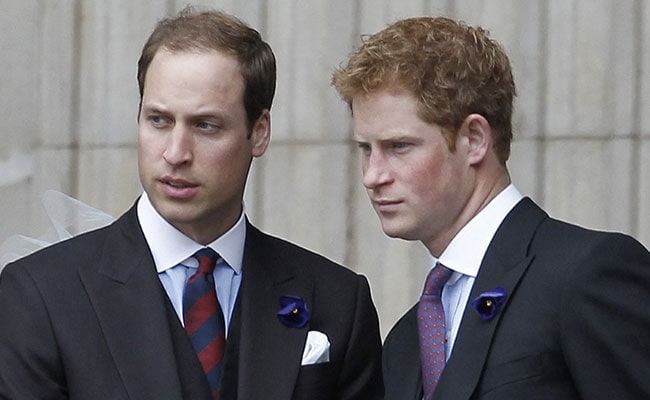 After Diana died, the boys touched the world walking behind her coffin.

A quarter-century on from the death of their mother, Princess Diana, Princes William and Harry are struggling to maintain their once-close relationship.

“Harry and Wills are barely on speaking terms after Megxit,” The Sun tabloid reported this month, referring to Harry and wife Meghan Markle’s decision to quit frontline royal roles in 2020 and move to the United States.

As William has turned 40, the elder brother has embraced the royal establishment and taken on more duties, while the younger “spare” prince, aged 37, has rejected traditions for a life in California.

Things used to be so different.

After Diana died from car crash injuries at 36, the boys touched the world walking behind her coffin. William was 15 while Harry was just 12.

They appeared to share a close bond as William married long-term girlfriend Kate Middleton in 2011 and started a family.

“This idyllic sort of brotherly relationship that they projected… did much to put the monarchy back on track,” royal historian and author Ed Owens told AFP.

But following Harry’s 2018 marriage to Meghan, relations have become strained.

He told a 2019 interview that he and his brother were “on different paths”. A year later, Harry and Meghan sensationally announced their move to the US.

The most damaging claim, however, was that an unnamed royal had speculated about the skin colour of mixed-race Meghan’s future child.

William reacted later by telling a journalist that the royals were “very much not” a racist family.

Both brothers have an enduring dislike for Britain’s tabloid press after their mother’s death.

Harry told Winfrey he left the UK to prevent “history repeating itself”, likening Meghan’s treatment by reporters and photographers to Diana’s hounding.

But their shared disdain for large parts of the media has done little to unite them during their current estrangement.

They appeared to barely speak to each other as they jointly unveiled a statue of their mother outside Kensington Palace in July 2021.

The Daily Telegraph wrote that “there has been no interaction whatsoever”, citing William’s grievances over the Oprah interview.

Harry and Meghan are set to visit the UK again in September — just three months since their last visit — when they will stay on the queen’s Windsor estate, close to William’s new family home there.

But British newspapers say there are no plans for the brothers to meet.

“Obviously they are estranged but they are brothers, this is a family,” the author of this year’s “Queen of Our Times: The Life of Queen Elizabeth II” told AFP.

He praised Harry and Meghan’s “dignified role” when they came back to Britain for the Jubilee and visited the queen.

“To me, that looks like a move towards semi-regular trips back to the UK,” he said.

Much could still depend on a ghost-written memoir from Harry, set for publication later this year.

The Telegraph reported that this is “causing some anxiety” among royals who fear it could be used “to settle scores and make further sensational claims”.

“The book is going to be very explosive,” said Hardman.

“I’d be very surprised if he starts making family relations any worse,” he added, in contrast to much of the speculation.

“I can’t see any chance of a reconciliation between the #Sussexes and the #Cambridges until Harry’s book is out of the way. And it’s likely to make things worse!” he tweeted.

Opinions differ on whether the royal family need Harry.

“No one person is bigger than the institution, so the monarchy will carry on with or without them. They’re not essential,” Hardman said of Harry and Meghan.

But Owens argued Harry’s exit has “deprived the monarchy of one of its saviours… the informal royal” who is “more down to earth, much more tactile”.

“I do think at a certain point, they’re going to need Harry back,” royal author Tina Brown told The Guardian, calling him “an asset” who could relieve pressure on William and Kate.

WHO Chief Says Pandemic Not Over

Lion Kills Man Who Entered Its Enclosure In Ghana Zoo