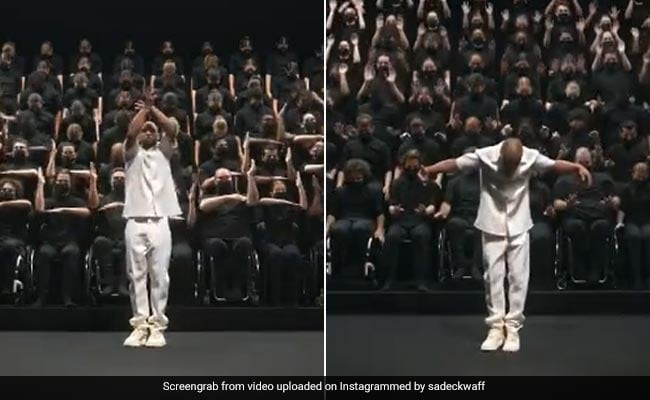 The performance on wheelchairs was part of the closing ceremony of Tokyo Paralympics 2020.

Internet is full of beautiful content that will leave you awestruck. Like this old video that is gaining traction again on social media. It shows an expressive hand ballet performance by 128 professional and amateur wheelchair-using artists. The video was part of the closing handover ceremony of the Tokyo Paralympics Games 2020. The choreography was done by Frenchman Sadeck Waff who posted the clip on his Instagram handle. It has again surfaced on various social media platforms and is going viral.

According to news reports about the 2020 Paralympics, the performance opened with 12-year-old Oxandre Pecku, the first person in France to receive a 3D-printed, multi-grip “bionic” arm. After his cameo, the wheelchair performers are seen taking over, moving their arms gracefully in tune with the music.

The music for the performance was composed by French singer-songwriter Yoann Lemoine and executed on stage by the Orchestre National de France.

Social media users are mesmerised by the dance performance. They loved the wonderful show of creativity.

One user, however, questioned why Paralympics does not have the same coverage as the Olympics. “If only the networks would air the paralympics the same as the olympics, we wouldn’t be finding this 2 years later,” the user’s tweet said.

The performers on wheelchairs are seen dressed in a black outfit, including a mask, creating a visual contrast with the director, clothed in white.

With the folding and unfolding movements of their arms, the performers made several formations, including the “X”, which made the dance routine captivating.

How Suryakumar Yadav, Hardik Pandya Practised For The Knockouts Against Zimbabwe

UP Man Throws Petrol On 2 Kids, Sets Them On Fire After Quarrel With Wife